Want to see the biggest bucks of your life? No problem—plant food plots that keep whitetails stoked with protein and minerals year-round. 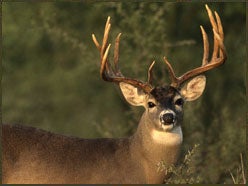 Each year, an increasing number of hunters who own or lease land are planting forage to attract deer and provide the nutritional supplement required to develop optimum body size and antlers.

The reason? It works-on both counts. Since 1988, when the Whitetail Institute of North America became the first company dedicated to the development of protein-rich forage blends for whitetail deer, the number of Boone and Crockett Club (B&C) and Pope and Young Club (P&Y) entries has risen dramatically. According to a study conducted by outdoor life contributor Brad Herndon, 12,935 typical P&Y bucks (125 inches minimum) were registered between 1991 and 2000, compared to a total of 9,315 between 1961, when the organization was formed, and 1991. As for the number of B&C typical entries (170 inches minimum), 1,896 bucks scored high enough for the record book between 1991 and 2000, while a total of 2,088 were logged in between 1932, when whitetails records were first registered, and 1991.

A number of factors, including growing herd sizes, quality deer management (QDM) practices and self-restraint on the part of hunters, have contributed to the general increase in trophy bucks. However, the focus on the nutritional needs of whitetails by wildlife biologists and the seed industry has also played a major role.

And those patient sportsmen who have the land and equipment required to stoke whitetails year-round with supplemental protein and minerals are reaping the rewards. Yet land managers can’t simply throw seed on the ground. Successful plantings require careful research and planning, as well as the money to buy and plant seeds and keep them growing.

Laying the Table**
The size and number of food plots depends on the size of your property, rainfall, suitable areas and the approximate number of whitetails in the neighborhood. “When deer densities are one per twenty acres or more I recommend that one to two percent of the total area be turned into food plots,” says Texas wildlife management consultant Larry W. Varner. “With high deer densities of one deer to ten acres or less, three to five percent of the property should be planted.”

As for the seed that is planted, choose wisely based on research about the best forage crops for your area and their protein content. Ask a local extension service agent or seed merchant for advice or consult the companies that offer regional blends. If possible, plant a mix of summer and cool-weather crops in different plots to provide nutrition year-round. If your ultimate goal is to develop a healthy herd and help bucks develop their maximum genetic potential, provide them with plenty of warm-weather protein.

Timothy E. Fulbright, of Caesar Kleberg Wildlife Research Institute at Texas A&M University-Kingsville, says cool-season food plots of oats, wheat, triticale and brassicas (beets, rape, mustard and the like), along with legumes such as hairy vetch, Austrian winter peas, alfalfa and clover, provide nutritious forage from November through April. Warm-season crops such as jointvetch, lablab, cowpeas, soybeans and milo provide nutrition from early spring through late fall. In most instances, a combination of perennials and annuals provides the best food plots as the different varieties offer a smorgasbord of food throughout the year.

Clover is one of the better choices to plant. Various types of clover flourish throughout most of the eastern U.S. and much of the Midwest. The legume is popular with whitetails, provides a high level of protein and, once established, tends to reseed itself for several years. I had one Imperial Whitetail Clover food plot that lasted almost 10 years before it had to be replanted.

“Clover provides the best of both worlds,” says Steve Scott of Whitetail Institute of North America, the company that introduced Imperial Whitetail Clover, the first targeted food-plot product, in 1988″You are not going to find anything that is more preferred by deer year-round. When white oak acorns are falling, it really doesn’t matter what you’ve got planted; the deer are going to the acorns. But white oak acorns are available for a very short time. And clover provides the highest possible nutritional value at the right times of the year-that is, in the spring and summer months when antlers are growing and pregnant does in their third trimester are feeding.”

“There is no single ‘magic bean,’ and I’m including BioLogic,” explains Dr. Grant Woods, a South Carolina wildlife biologist who helped to develop the BioLogic line for Mossy Oak. The extensive BioLogic lineup includes various blends with brassicas as a major ingredient. “A good food-plot system matches the needs of the deer as their annual cycle changes. In the spring deer need high protein and a lot of tonnage. As the summer develops into July and August, deer need moderate protein and a lot of energy. By late fall and through the winter, they don’t need quite so much protein, but they need a high amount of energy. Specific plants provide those nutrients at certain times.” 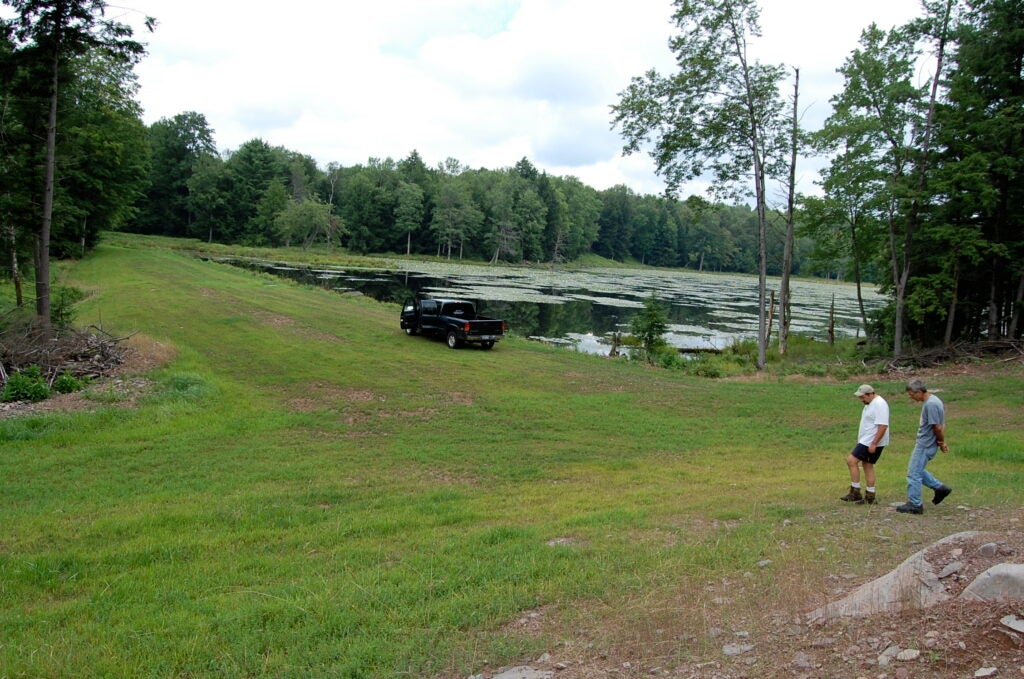 Blends Are Best**
Small grains, such as wheat and oats, are in the medium range with regard to protein but are good for energy and might help deer to make it through a rough winter and difficult rut. Plant these small grains in the fall. The brassicas are the most drought-resistant group and they produce the most tonnage per unit of effort with their huge leaf surface areas and relatively small stems.

The model food plot might include various brassicas in the fall because of their high energy and nutrients, and legumes such as alfalfa or clover, especially in the spring and summer when high protein content is important. Clover carries deer through the early season when there is little for whitetails to eat in the woods; the acorns are all gone and edible twigs are in short supply. In the Deep South a mixture of winter oats, wheat, rye and red and white clover approaches the ideal, both in terms of growing potential and exceeding the crude protein threshold of about 17 percent daily intake that deer require to maintain optimum growth. While relatively low in protein content, corn is a high-energy food for whitetails in the fall. If you have the space, add corn to some of your plantings.

If a property has a low deer density, legumes such as soybeans or peas provide great forage. They have little browse tolerance, however, and a high deer density can wipe out a small plot before the plants can grow any tonnage. Still, soybeans are exceptional protein providers.

In a recent study conducted at Auburn University in Alabama, biologists compared a group of buck fawns fed a daily diet that provided 8 percent protein (consistent with natural forage in much of the South) with other fawns that were fed the same plus raw soybeans. After 18 months, bucks in the first group averaged 111 pounds in weight and 2.7 antler points. The second group of bucks, which were provided with the soybeans in addition to the basic diet the others received, averaged 124 pounds and 3.7 antler points. To hedge all bets, plant a seed blend. The biggest advantage of blends is that if one type of plant in the seed mix fails because the weather is too wet or too dry, too hot or too cold, others will replace it. You are a farmer who is subject to the whims of Mother Nature; when only one type of seed is planted, plots are more vulnerable to the vagaries of the weather or insect pests.

Planting and sustaining nutritional supplements for deer can be expensive, depending on the size of a property. Even used farming equipment is pricey. If a farming neighbor lives nearby, you might hire him to do the job, or at least the work you can’t do, such as ground breaking. In that case, a perennial legume such as clover might be the best choice, because the plot doesn’t have to be redone each year. Many chores, such as broadcasting seed, can be performed by hand with a crank-type broadcaster. Today, however, a wide range of food-plot management tools is available for use with ATVs and/or lawn or garden tractors (see sidebar, opposite).

If You Plant It, They Will Come
I’ve been experimenting with food plots for about 30 years on my Missouri farm. I began with advice from Dave Pitts, then with the Missouri Department of Conservation, and planted “green browse” of ladino clover, milo and soybeans. It didn’t take long for me to appreciate the value of such nutritional supplements, as each new plot I planted seemed to attract more wildlife to the farm.

Nowadays, I like to have fall and spring plantings, or rather, cool- and warm-season plantings. Not only does this approach provide new growth and more food year-round, but it also furnishes whitetails with a better variety of protein, minerals and carbohydrates. For example, I plant annuals such as corn, soybeans, milo and peas in the spring, as well as perennials like clover or alfalfa. In the fall I plant winter wheat or oats. In late fall I broadcast ladino clover over the wheat or oats to create a perennial plot for the next year.

That doesn’t mean I’m set in my planting ways. I’m constantly experimenting with seeds, redoing old plots and creating new ones. Last year, for example, I cleared four acres of brush and nuisance trees and planted the area in a combination of warm-season grasses, Whitetail Institute Imperial Clover and Alfa Rack.

Months later, on the first day of hunting season, my wife, Joan, filled her antlerless tag on the new plot. A day later, she took her first buck ever-a 10-pointer-from the same field.

You can’t convince Joan or me that the buck would have walked into range anyway if the food plot hadn’t been there.