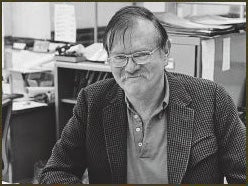 The great brain that founded what was to become America’s largest gunmaker is now at rest and I have lost a close friend.

The guns designed and built by Bill Ruger will always be an important part of my professional life, but the friendship of the man himself is of far greater personal value. William Batterman Ruger, gunmaker, became a legend while he lived, and the legend will endure as long as free men take gun to hand. But it is not the legend I mourn. I mourn the man who became the legend, who lived life large and with imagination, like a character by F. Scott Fitzgerald (whom Ruger admired, Gatsby being a favorite).

I met Bill over 30 years ago, when he invited me to visit his then new New Hampshire plant. Guns, of course, were our common passion, but soon we discovered that we shared other likes (and dislikes). And it was through these other shared interests that our friendship grew. Art and artists, history, music, travel, politics, hunting, old cars, exploration and people were all grist for our conversations, and no topic escaped his probing curiosity.

People fascinated Ruger and he savored their company. A dinner group at his estate in New Hampshire usually included an eclectic mix of writers, politicians, educators and humble mechanics, with Bill listening with equal attention to the strategies of a world leader or the description of squaring a lathe by a Yankee machinist-and learning from both. He believed in people and found inspiration in the human spirit. Once when I chided him for contributing equally to opposing candidates in a local election, he explained that his intent was to make it possible for all parties to best present their positions so the voters would be better informed.

Though a man of many acquaintances, Ruger was often lonely, and over the years I received many calls. “I’m in this barn by myself and need some company,” he would say. “How about coming up for a few days?”

“Naw, you just want me to come clean your guns,” I would reply. And I did clean his wonderful collection of guns on an almost yearly basis. Ruger would sit by, his hands now too weak and gnarled by rheumatoid arthritis to handle a gun, but eagerly watching as I uncased each piece, commenting on design and stylistic features. The collection ranged from rare items worth tens of thousands to what would seem to be almost worthless junk, but each held a special interest for Ruger and offered a clue to his own genius.

The term “genius” has been often applied to Bill Ruger, but usually without a full recognition of the scope of his greatness. He was a brilliant gun designer, to be sure, but there are gun geniuses in abundance and always have been. How then was Ruger different from all those forgotten and unknown gun geniuses, and what special brand of brilliance enabled him to found a company that has manufactured more than 20 million firearms?

Over the years of our friendship I had a unique perspective of Ruger as a guy who enjoyed a plate of spaghetti (his favorite dish) and a bottle of rich Chianti with a pal, and Ruger the ambitious industrialist. What I saw was a man with several layers of genius, each definably separate but interacting.

If I were to rank these layers of genius in what I consider their importance, his talent as a gun designer would not rank at the top. Heading the list would be his iron-fisted philosophy of maintaining the integrity of his company and its “affordable, workable and desirable” products. And there was his genius for organization and hiring the best talent available. He had a remarkable relationship with the people who worked for him and inspired passionate loyalty. When he walked through any of his plants, the lowliest of the labor force would shout “Hi, Bill,” and he would stop to chat with the old-timers, calling them by name. Next I would rank his unequaled gift for capturing the imaginattion and admiration of gun buyers, making them proud to own a Ruger.

As these and so many other memories of Bill Ruger guide my pen I am thankful that I had a chance to tell him what our friendship meant to me while he was still living. It was at a swank party held for Ruger at the opening of the new firearms gallery at the Buffalo Bill Museum complex in Cody, Wyo., to which he had donated lavishly. “Happy Birthday to a Rare Caliber” read a banner over the doors. I had been asked to deliver a few remarks. “Thanks, Bill,” my notes from that night remind me, “for letting me share in the marvels of your life.”