Cops free him after three hours. 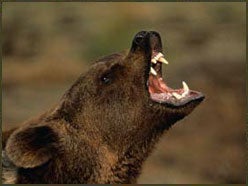 When it comes to rural hijinks, cow tipping is hard to beat. But give credit to one apparently restive 17-year-old from the town of Canmore, Alberta, who decided to give bear-trap vandalism a try. To his chagrin, however, he learned that the culvert bear traps that he and a second underage pal allegedly were attempting to vandalize work just as well on bored youth as they do on nuisance grizzlies.

In the wee hours of a Monday morning last summer the boy triggered the trap and was unable to get free. He spent three hours ensnared before police were called to the scene to spring him from the makeshift holding pen, according to the Edmonton Sun.