The Imperial Schrade Corp., maker of knives carried by generations of sportsmen, has closed its doors after 100 years in... 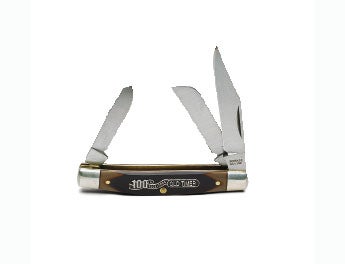 The Imperial Schrade Corp., maker of knives carried by generations of sportsmen, has closed its doors after 100 years in business. The company traced it roots to the Schrade Cutlery Co., founded in 1904 in Walden, N.Y. Over the years a series of mergers created the Imperial Schrade Corp., and along the way the company earned a reputation for making quality knives at a fair price. Traditional folders, jackknives and fixed-blade knives such as the Bear Paw, Middleman and Sharpfinger have been standards in the Imperial Schrade product line. In recent years the company introduced more contemporary knife designs such as the Spitfire and electronic multitools like the I-Quip. Most of Schrade’s production was based in Ellenville, N.Y.

When the company stopped manufacturing at the end of July, an estimated 250 workers lost their jobs, and sportsmen lost a longtime companion in the woods.