Getting swarmed with blackflies is no way to spend a day outdoors. Here's a rundown on the best insect repellents out there. 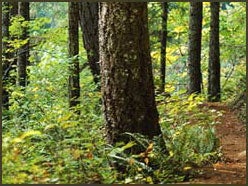 The wind died, the clouds thickened and the temperature and humidity both soaredSall within just 20 minutes. It had been a perfect February day for hiking along the Indian River Lagoon just north of Vero Beach, Fla.-sunny, breezy and cool. Now it was a perfect mosquito and sand-fly day. To make matters worse, no one in our group had thought to apply or carry a repellent. Within moments we were attacked by swarming, blood-hungry black salt-marsh mosquitoes and “no-see-um” sand flies. There was nothing we could do but break into a jog and keep on swatting.

The annoyance factor of biting insects is measured by the “one minute biting count”-the number of mosquitoes that land and attempt to bite a victim in a single minute. Midsummer biting rates in Flamingo, Fla., located at the south end of Everglades National Park, often reach 500 per minute. The biting rate during our February hike was close to 30 per minute until we scurried onto an open observation deck on the edge of the lagoon where the wind was strong enough to provide temporary relief.

Spencer, my three-year-old son, was in a child-carrier backpack dressed in bib-overall shorts and a thin T-shirt. I couldn’t see him but I could sure feel him squirm. When I removed him from the carrier, I estimated that he had been bitten at least 20 times. And he wasn’t alone. A six-year-old girl in the group had at least 50 sand-fly bites, and all of the other kids were complaining loudly.

I took the heat for the ambush, and justifiably. As a senior medical entomologist I’ve had plenty of experience with repellents, mosquitoes and sand flies: Members of my staff at the Florida Medical Entomology Laboratory, a research unit attached to the University of Florida Department of Entomology and Nematology, field-tested slow-release, DEET-based repellents for the U.S. Army. I should have guessed that with forecasters calling for a warming trend on that midwinter day, the mosquitoes would turn out in force.

**What Works **
Once we got back to camp-picking up more itchy bites with every step-it was no surprise that conversation gravitated to a discussion of repellent products and their active ingredients. The number-one question on everyone’s mind was, “What works, and what doesn’t?” An effective repellent must fulfill three criteria.

First, it must repel a broad spectrum of biting insects and ticks. A product that repels mosquitoes but not sand flies, for example, would have provided scant relief during our hike.

Second, an effective repellent has to protect the user for a reasonable length of time, at least an hour per application in my opinion. It’s unrealistic to expect a fisherman to reapply a repellent every 10 minutes.

Third, people have to like the product. Regardless of how effective a repellent might be, if it stinks or is difficult to apply, people won’t use it.

Within two weeks of that ill-fated hike, I was approached by Jennifer Byer, a seventh-grade student at St. Edward’s school in Vero Beach, who was interested in doing a science-fair project on insect repellents. Specifically, she wanted to test how well the active ingredients in “natural” repellents work against mosquitoes. I was intrigued, because most repellents are analyzed by field testing, in which a group of individuals-some using a repellent, others left unprotected-are exposed to natural populations of biting flies. But field tests are difficult to conduct accurately. Because mosquito flight is closely linked to conditions such as wind, humidity, temperature and light intensity, a slight change in the environment can quickly and randomly alter mosquito behavior.

A simpler way to evaluate repellents is in the laboratory with arm-in-cage tests made familiar through television commercials broadcast since the early 1950s. A common criticism of cage tests is that the apparatuses contain a higher mosquito dennsity-often more than 100 per cage-than normally occur in nature. For that reason, Jennifer and I used a low population density of mosquitoes (10 per cage).

Giving Blood
Our test was simple: Following label instructions, 15 volunteers applied a repellent to their hands and arms up to the elbow. Then they inserted their forearms into a cage containing the hungry female mosquitoes and left it there for one minute. Fifteen minutes later, the arm was reinserted into the cage for another one-minute period. The process was repeated until the volunteer received three bites within the one-minute test period, thus establishing an average protection duration for each product.

The decision to use 10 mosquitoes per cage was based on the assumption that biting rates of 10 per minute are not unusual in summertime backyards. We selected the three bites per minute threshold because studies have shown that it is at this biting level that people take some sort of action: apply a repellent, call their local mosquito or pest-control agency, put on protective clothing or head indoors. After volunteers completed the test, they rated each product based on ease of application, odor and overall effectiveness.

We tested a total of 10 formulations: Four of citronella, three of DEET (N,N-diethyl-meta-toluamide) and one each of oil of vanilla, soybean oil and prickly pear extract. Only three of the products provided more than one hour of protection with a single application: They were the 2 percent soybean oil (1.6 hours of protection), 4.75 percent DEET (2 hours) and 6.65 percent DEET (2.1 hours). One of the DEET products, a wristband with 9.5 percent DEET, had the shortest protection time (15 seconds), a result that emphasizes the importance of proper application. DEET works best when it is applied as a lotion, spray or cream directly to the skin, or when clothing, such as a mesh sweatshirt, is impregnated with it. DEET does not work as well when it is applied in small areas, even in a relatively strong form as on a wristband. This summer encapsulated DEET will be available in the form of a slow-release lotion which is supposed to prevent absorption of the repellent into the skin and make an application last longer.

Over-the-counter DEET formulations range from 5 to 100 percent. In general, the higher the concentration, the longer the protection time. I prefer 15 percent formulations because they provide about four hours of protection. When traveling to an area where biting-fly densities are high-including South Florida, northern New England and Alaska-or if you plan to be outdoors for long periods of time, especially around sunset or sunrise, use a formula with a higher concentration of DEET.