Outdoorsman at the Helm?

Bush's choice for Fish and Wildlife Service is one of us. 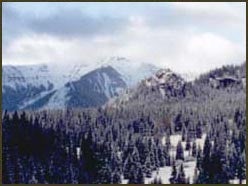 President Bush’s choice for director of the U.S. Fish and Wildlife Service has received high praise from hunters and sportsmen across the country. Nominee Steven Williams is an experienced wildlife biologist and whitetail deer management specialist who has held key leadership positions for three state natural resources departments. In contrast to his predecessor, Jamie Clark, he is also an avid angler, a game-bird and deer hunter and a shooting enthusiast.

Williams, who is expected to receive U.S. Senate confirmation later this year, has been secretary of the Kansas Department of Wildlife and Parks since 1995 and is widely credited with helping turn that agency around. Among his achievements there are the expansion of sportsmen’s access to private land and water through a walk-in hunting and fishing program and a comprehensive hunter recruitment plan.

Prior to his Kansas position, the 44-year-old Williams served as deputy executive director for the Pennsylvania Game Commission. From 1980Ã‚Â­92 he was assistant director of wildlife for the Massachusetts Division of Fisheries and Wildlife. Questions have arisen about his being fired from his Pennsylvania Game Commission job over alleged tampering with computerized payroll records in 1995. However, Williams was never charged with any wrongdoing and told federal officials of the firing.