Shocking fish is an old-style method of poaching not seen much any more. In some regions this was called “telephoning”;... 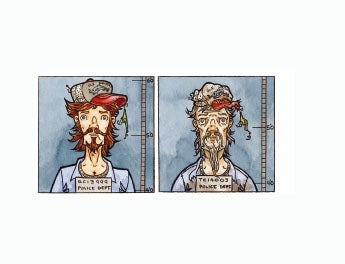 Shocking fish is an old-style method of poaching not seen much any more. In some regions this was called “telephoning”; in others it was called “monkey-fishing.”

But two alleged practitioners of the art were arrested early this year, according to the Florida Fish and Wildlife Conservation Commission. The men were charged with taking freshwater fish by an illegal method and possession of illegal gear after they were discovered with a shocking device and about 40 pounds of catfish, according to Florida state officials.

The arrest for such a violation is not normally worthy of a special report, but this incident caught the eye of Lt. Bob Lee, law enforcement supervisor in Florida’s Putnam County. Exactly 25 years prior, Lee nabbed the two brothers for the same violation less than a mile from where they were apprehended this time around.

“One of the officers said one of the brothers told him he had a heart attack last year and he said he had to have one more go at it before he died,” Lee told the Lakeland Ledger. “Well, he did, and he got caught.”