"Hunters statewide should not plan on hunting mourning doves until further notice." That was the word from the Wisconsin Department of Natural Resources (DNR)... 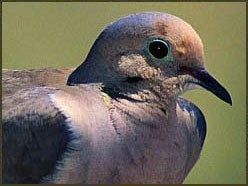 “Hunters statewide should not plan on hunting mourning doves until further notice.” That was the word from the Wisconsin Department of Natural Resources (DNR) back on August 28, just a few days before an estimated 30,000 Wisconsin sportsmen were to go afield for the first-ever two-month mourning dove season. The announcement came after Dane County Circuit Judge Daniel Moeser granted a request from New London-based Wisconsin Citizens Concerned for Cranes and Doves for a temporary injunction blocking the hunt, which was slated to open September 1.

That ruling marked the latest use of the court system by anti-hunting groups to block hunting seasons or impact the practices of state and federal game management. Similar tactics have been used to delay bear hunts in California and desert bighorn sheep hunts in Arizona. In the Wisconsin case, the plaintiffs contended that the Wisconsin DNR exceeded its authority by establishing the dove season. Judge Moeser further implied that the state legislature must officially reclassify the mourning dove from a songbird to a game bird before the season could take place.

“Our game laws should not be set by politicians,” says James Weix, head of the Wisconsin Dove Hunters. Weix urged his fellow hunters to abide by the judge’s ruling as the court case proceeded. He was optimistic the hunt could eventually continue without the action of state lawmakers in the 2002 general assembly.