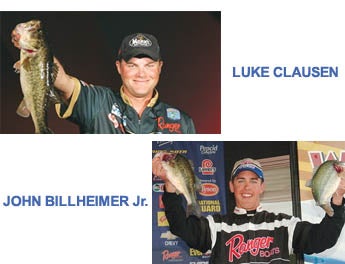 “I really battled the wind. But I just told myself I had to keep going. You don’t get many chances to win the Classic,” he says. Clausen had competed in only two other Classics, with his best previous finish being 26th place.

The angler outdistanced his nearest competitor by more than 5 pounds. His first-day catch of 29 pounds 6 ounces was the heaviest ever weighed in during a Classic. And his winning total was the largest 15-fish limit ever taken in the championship tournament. In rewriting the records, Clausen was also only the seventh angler to lead the event from start to finish.

Beating his closest competitor by nearly 5 pounds and winning $50,000 in cash and prizes, the teenager is certainly well on his way.