Congresswoman Marilyn Musgrave (R-Colo.) defines herself with a slogan that at first seems like nothing more than a vague Republican... 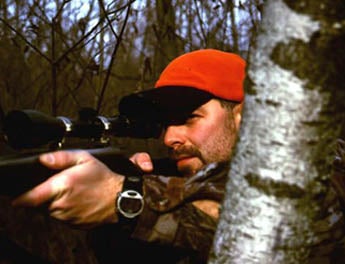 Congresswoman Marilyn Musgrave (R-Colo.) defines herself with a slogan that at first seems like nothing more than a vague Republican maxim: “Defending our way of life through conservative leadership.” But take a look at her policy and you’ll see that she really means to take a defensive stance. First elected to U.S. House of Representatives in 2002, she’s a devout fiscal conservative with an idea the NRA should have thought of: Along with Rep. Virgil Goode (R-VA), she founded the Congressional Second Amendment Caucus. Currently comprised of 38 members of Congress, this new caucus is solely dedicated to defending the right of lawful individuals to own firearms as granted in the Second Amendment of the U.S. Constitution.

_The members of the Congressional Second Amendment Caucus know and understand that the Second Amendment to the Constitution is clearly written to protect the fundamental and individual right to keep and bear arms.

Furthermore, we understand that the Second Amendment does not refer to a collective right of federal or state governments. The Second Amendment refers to the individual citizen’s right to keep and bear arms for the purpose of defense, recreation, and collection.

We oppose the banning of firearms, their accessories, their manufacture and their importation. Furthermore, we support recognizing the right of lawful citizens to carry a weapon both at home and while traveling the nation.

In upholding these principles we have joined the Congressional Second Amendment Caucus. This caucus’ purpose for existence is solely to accomplish the above stated goals and protect the Second Amendment as it is written. _