Letters From Our Readers 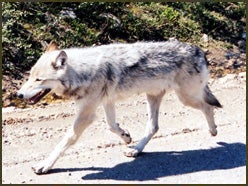 ** Bear Facts**
In a sidebar that ran with “Return of the Grizzly” [BRACKET “December/January”], Jim Zumbo suggested a future permit-drawing program to limit the number of grizzlies harvested in the Lower 48 states. One aspect that was not addressed is the problem of incidental kills from poaching or from grizzlies being misidentified as black bears and accidentally taken by hunters.

If the time ever comes for Montana to institute a drawing for grizzly permits, the total number allowed each year must take into consideration bears taken the previous year through poaching, misidentification and self defense.

Residents First
Regarding Jim Zumbo’s article “The High Cost of Hunting” [BRACKET “Hunting, February/March”], I moved to New Mexico upon my retirement in 1989, primarily for the hunting and fishing opportunities. Despite applying every year, I have never drawn an antelope tag in the 14 years I’ve lived here.

In order to have more appeal to nonresident hunters, deer hunts that used to be drawn routinely are now categorized as “Quality” or “High- Demand” hunts. Neither my friends nor I have drawn a deer hunt in the last four years. This year I didn’t even draw my archery elk tag, which heretofore had been almost a sure thing.

It’s extremely frustrating not to be able to hunt even the very abbreviated big-game seasons in my own state. My friends and I have come to the conclusion that even if it means resident license fees must increase to recover revenue lost from fewer (or even zero) nonresident licenses being sold, then so be it.

The policies of various state Fish and Wildlife agencies that mandate that a percentage of licenses go to nonresidents is forcing the average resident hunter to choose between paying exorbitant outfitter/trespass fees and taking the risk of not being able to hunt at all. That high nonresident fees are unjust is probably correct, but not nearly as unjust as a resident hunter not being able to hunt at all!

_John E. Wilson
El Prado, NM
Team Laughter
“The Bear Naked Truth,” by Jim Zumbo and Pat McManus [BRACKET “February/March”], was, in a word-or a couple of words-great, funny, realistic. It really hit home. The story reminded me of the guys I work with who always seem to be raggin’ on each other but deep down have a true love and respect for one another.

Tell Mr. Zumbo I feel for him on that shot and I’m sure there is a good recipe for twig if you look reeeeal hard. And please tell Mr. McManus that we need some rain here in West Virginia, so if he could book a fishing or hunting trip, we’d appreciate it. Just let me know when he’s coming, so I can get out of the woods. Seriously, thanks for the great article.

Pilots Should Carry
I’m from the Midwest, where guns are as common as hammers in a tool belt, and I think Jim Carmichel’s “Just Jim” commentary regarding guns in the cockpit [ BRACKET “Shooting, February/March”]

is right on. As passengers on these football-field-size planes, we trust the pilots to make life-and-death decisions on a regular basis. Why is this any different from allowing them to make a decision to use a firearm in the defense of a defenseless group of passengers? Obviously, there are some pilots who might not feel comfortable using a firearm; however, good training helps to take the fear out of anything new. Pilots are very responsible people and take the safety issue way past anything we ground folk can ever imagine.

_Allen Kee
Beloit, KS_BR>
Predator Pro/Con
I want to thank Jim Zumbo for presenting the information on trapping in “Predator Control” [ BRACKET “Hunting, December/January”]. During my high school years I was a memmber of a Boy Scout Explorer post where I learned of the “web of life.” Just as you cannot move a single strand from a spider’s web without affecting the whole, no single element of nature can be moved without impacting other elements. So it is with predators and prey.

Balance is necessary, lest other elements not directly within the predator/prey circle be harmed as well. Many would also be surprised at the deadly competition within the prey category. Ever skin a beaver and wonder where all the scars came from?

Your desire to print accurate information regarding the value of trapping is not only highly appreciated by trappers like myself, but also the ethical and moral thing to do as an outdoor publishing company.

In his column titled “Predator Control,” the sole purpose of Jim Zumbo’s advocacy of trapping to reduce predator numbers seems to be nothing more than to increase the number of game birds and animals for us humans to kill. It doesn’t seem to occur to Mr. Zumbo that one reason the number of other predators (besides humans) are increasing may actually reflect improvement in a variety of ecosystems.

Although the increased population of predators may negatively impact the total numbers of some game species, predation of this sort produces an overall stronger population by naturally selecting out the weaker animals. This cannot be said of human predation, where we purposely kill the biggest/strongest of the species for bragging rights and our record books.

Personally, I enjoy hunting very much, but to suggest that our desire to improve our recreation somehow justifies killing other predator species seems to me to be the ultimate expression of human arrogance.