Know the signs and symptoms of altitude sickness. 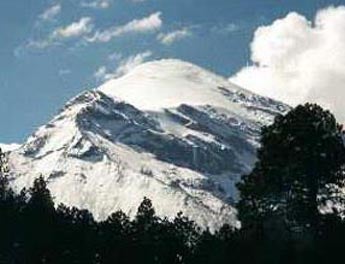 There’s no getting around it, we’re air breathers. And we like our air with a healthy dose of oxygen. The problem is that some of us air breathers like to go way up in the mountains to hunt or fish or just to wander around. The air is thin up there, and the higher we go, the thinner it gets, leaving our bodies and brains starved for oxygen. If we’re not careful, some form of altitude sickness might get us and we might need to be hauled out on a stretcher.

Everyone is vulnerable to altitude sickness. Research has shown that it doesn’t matter how old you are (although children are somewhat more at risk), how fit you are, what you ate for breakfast or whether or not you’ve been at high elevation before. Altitude sickness is the body’s response to suddenly being forced to function in a low-oxygen environment. The word “suddenly” is key. You can acclimate to elevation, but you have to do it slowly.

Take Your Time
The primary cause of altitude sickness is going too high too fast. (If you’ve suffered a previous attack, you’re slightly more susceptible.) Most folks can acclimate to altitudes of up to 10,000 feet after a few days. The rule is: The higher the altitude, the longer it takes to fully acclimate.

To avoid problems with altitude sickness, ascend slowly over a prolonged period of time. Although mild exercise (such as jogging or aerobics) is beneficial, strenuous exertion should be avoided for 24 to 36 hours after reaching altitude.

Altitude sickness carries with it many common symptoms. The first stage is referred to as Acute Mountain Sickness (AMS). Neglect AMS and it can go from mild to moderate to severe, with ever-increasing symptoms. AMS often presents some or all of the following signs: headache; loss of appetite; nausea or vomiting; fatigue or weakness; dizziness or light-headedness; difficulty sleeping; confusion; and staggering.

[pagebreak] HAPE and HACE
While that sounds bad enough, altitude sickness can get a lot worse, evolving into High Altitude Pulmonary Edema (HAPE) or High Altitude Cerebral Edema (HACE). Fortunately, both of these illnesses occur less frequently. HAPE and HACE usually hit people who ascend too high too fast or go very high and remain there too long. Under those conditions, the lack of oxygen causes fluid leakage through the capillary walls into the lungs or the brain.

Symptoms of HAPE include shortness of breath, even at rest; a feeling of tightness in the chest; profound fatigue; a feeling of impending suffocation at night; weakness; a persistent productive cough bringing up fluid; confusion; and irrational behavior.

HAPE victims must descend at least 2,000 to 4,000 feet immediately as a life-saving measure. In cases of HACE, the brain tissue swells from fluid leakage. Symptoms include headache; loss of coordination; weakness; decreasing levels of consciousness; disorientation; memory loss; hallucinations; and psychotic behavior. It can lead to a coma or death.

Immediate descent of 2,000 to 4,000 feet is necessary to save the victim’s life. Anyone suffering from HACE must be evacuated to a medical facility.

Go slow and easy to survive at altitude. Monitor your own condition and that of your companions. Have the sense and courage to change your plans and cancel the high-elevation hunting or fishing trip if symptoms of altitude sickness appear.

Tips for Your Ascent
**The causes of sickness **
What determines whether or not you’ll suffer from altitude sickness? Several issues come into play. For starters, if you’ve suffered from altitude sickness before, your chances are higher than if you’ve nevver been sick. On top of that, three important factors are elevation, rate of ascent and personal susceptibilities.

Lessen the symptoms
There’s no surefire way to avoid altitude sickness, unless you ascend slowly, giving your body time to acclimate. But if you don’t have a week to get to altitude, consider these tips: Increase your water intake (overbreathing causes quicker dehydration) and do mild aerobic exercises during the first 24 hours.