How to find your way by the sun, moon and stars when you're out of other options. 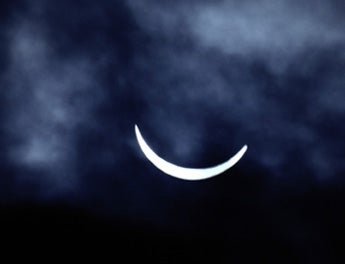 When you’re lost in the outdoors, most of the time you’ll be better off if you just stay where you are. Sit down, think things through, make camp, stay safe and prepare signals to help somebody find you. But there are times when you need to get up and move to save yourself or somebody else in your party. If that’s the case, you have to know which direction to go in and how to maintain that course.

The first problem, knowing which way to go, can only be solved by knowing where you are and where you need to go to find help. If you don’t have a map, you’re in the unenviable position of having no clue about either of these. Following game trails, walking downstream or going east, west, north or south won’t necessarily lead you to civilization.

If you do have a map-or some other reason to believe you need to travel in a specific direction-the next challenge is to move consistently toward your desired destination. There are any number of difficulties in doing this, but keeping your directions straight shouldn’t be one of them. The secret is to use the sun, moon and stars as navigational aids. It’s called “celestial navigation.”

Follow the Rules
When some folks think of celestial navigation, they think about reading constellations or taking sightings with a sextant. But if you’re going to carry equipment, a compass or GPS is more useful.

There is one constant you can count on: Every celestial body appears to move across the sky from east to west. Because the earth is rotating from west to east, skybound things appear to go in the opposite direction. This might sound elementary, but you’d be surprised how many people in the throes of panic from being lost completely forget that the sun always rises in the east and sets in the west. So does the moon and so do most of the stars.

One northern hemisphere constellation that is well worth learning is the Big Dipper (Ursa Major) and its relationship to the North Star. Because of the North Star’s position above the geographic north pole, it doesn’t move across the sky. So it’s always there where you need it, giving you a constant reference to north.

When it comes to navigation by celestial bodies, focus on the simple process of tracking the movement of the sun, moon or individual stars (not just constellations) in relation to your position.

[pagebreak] Out From the Shadows
One reliable method of celestial navigation is to study shadows to read directions. Push a stick into the ground at an angle. Place a rock where the tip of the stick’s shadow is, then wait. After a while, the tip of the shadow will have moved some distance. Place another rock at the new tip location. Draw a straight line between the two rocks. This line points roughly east to west, with the westernmost direction where the first rock was placed. Once you know east and west, it’s easy to figure out where north and south are (if you’re facing west, north is at your right hand), and it’s just one more small jump to determine other directions.

If you’re careful about monitoring the sky, you might be able to take a mental fix on the position of the sun, make a running calculation to compensate for its movement and maintain your general heading. This is impossible around noon, however, as the sun appears to stop in the middle of the sky. As you travel, you might need to stop and set up your shadow stick several times in order to maintain direction.

On a bright moonlit night, the shadow method works quite well, but I don’t advise foot travel after dark because of the potential for getting hurt or becoming more lost. Avoiding the heat of a desert is best accomplished by traveling early in the morning and resting during the day. If you travel during the last hours before sunrise, it’s possible to use the moon or stars (not to mention the increasing glow on the eastern horizon) to move cross-country bby keeping their positions in the correct relative angle to your direction of travel.

If all this sounds clumsy and time consuming…well, it is. What’s more, overcast skies kill any chance for celestial navigation. That’s why you should always have a map and compass, and, better yet, a GPS. But if the sky is clear, this will work when all else fails.

Finding the North Star
Contrary to what some people believe, the North Star (Polaris) is fairly faint. You won’t find it by looking for something bright in the sky. The best way to locate Polaris is to find the Big Dipper (Ursa Major), which is one of the easiest constellations to recognize because of its distinctive shape. The cup of the dipper is formed by four stars, and the two farthest from the “handle” are called the pointer stars, because they point to the North Star.

Draw a straight line between the pointer stars and extend it five times longer than the distance between them. At the end of that line will be the North Star, which will be the brightest star in that part of the sky. As you face the North Star, east will be to your right, west to your left and south behind you. Draw a compass face (oriented to north) on the ground before you go to sleep, and use this as a reference when you start out in the morning.