If you get lost in Montana, Ralph DeCunzo knows you pretty well before he even meets you. 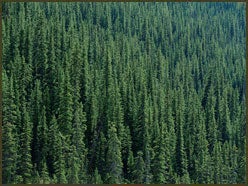 Late in the fall of 1994, a father/son hunting team moved up a draw in the Lewis and Clark National Forest in central Montana. The son had hoped to flush some elk into a clearing toward his father, then cross a ridge and make his way out of the trees to a rendezvous point. But he didn’t show up. His father searched.

Soon, the Meagher Country Sheriff’s Department was searching. That night, a snowstorm blew in. The police and local rescue team searched in the snow for two days, their hope of finding the boy alive waning. Thinking they should start looking for a body, they called in the Lewis and Clark Search-and-Rescue team, from Helena, for help. But when team leader Ralph DeCunzo (at left) arrived, he said, “We’re not going to look for a body. That boy is alive.”

DeCunzo was right. His team found the boy. His feet were frozen, but he was alive. “Lost kids are incredibly resilient,” DeCunzo says. Determination and faith weren’t the only factors of success, however. The boy’s life hinged on DeCunzo’s intricate psychological methods, developed over years of trying to get inside the heads of lost hunters and other wanderers. If you get lost in Montana, Ralph DeCunzo knows you pretty well before he even meets you.

“I asked the boy’s father what kind of frame of mind his son was in, and whether he had recently been reprimanded or had been in trouble,” DeCunzo says. “I create psychological profiles of lost people and figure out what they might do when they’re lost, given their frame of mind.”

Before starting any search for lost hunters or lost children or even people with Alzheimer’s disease, DeCunzo and his team members work through in-depth interviews — usually over the telephone late at night — with spouses, siblings, hunting partners and friends, even doctors, to piece together as fully as possible the mental state and spirit of their subject. Then the 30-member Lewis and Clark team sets off to turn the lost into found.

A great deal of search-and-rescue science is mixed in with the more intuitive psychology. In the case of young Scott Furman, 13, DeCunzo and his team fed their hunches about the boy’s mental state into computer probability programs to figure out which areas of the forest the boy probably went to, which places he probably did not go to and what the chances of finding him were. DeCunzo then put a trained aerial observer up in a helicopter and began crisscrossing high-probability areas. They found the boy not far from a makeshift shelter he had built, and not far from the estimated PLS (Place Last Seen).

There was a critical irony to the frost-bitten ending. “This young guy was taught in hunter-education class that you never trespass on private property without written permission,” DeCunzo says. “At a fence line he saw the porch light of a homestead in the distance, but he was more afraid to cross that line and go up to the house because it was private property than he was of being cold and lost.”

Compared to hikers or climbers, most hunters are much more independent and determined. These qualities can make them more difficult to find. “When you do a psych profile on a hunter and find out he’s a hard-charger who’s been lost before and thinks he can work his way out of it, you’ve got yourself quite a situation,” DeCunzo says. Montana hunters are an even more determined lot: While the national average distance a lost person travels is five miles, lost Montana hunters typically go seven or eight miles before being found. “When they get lost, native Montana hunters go farther than out-of-state hunters, that’s for sure,” DeCunzo says, looking back on 25 years of search-and-rescue experience.

“Back in my early days, search and rescue was not nearly as sophisticated as it is now,” he says. “Today, lost-person behavior is something that is taught nationally and it’s very statistical. The Lewis and Clark team was among the first to take search and rescue to the psychological extent that we do.” A standard psychological-profiling tool called the Lost Person Questionnaire resulted from the compilation of methods of search-and-rescue teams nationwide. In 1985, DeCunzo, along with a searcher named Don Cooper, created the handbook Fundamentals of Search and Rescue, which emphasizes psychological profiling and lost-person behavior: Experienced people tend to look for and follow streams; young people tend to move uphill; adults and overweight people move downhill.

Cold is the worst enemy of the lost hunter. It quickly does away with any mental toughness a hunter has and throws off a psychological profile because hypothermia overtakes a person’s mind. Yet DeCunzo has miraculously found hunters who have shed their backpacks and clothing and gone wandering around naked in a total panic. Fire-starting material is an obvious but often neglected essential for hunters.

“We’ve never had a subject die because we couldn’t find them, but a few have been dead long before we found them,” DeCunzo says. “We’ve also found a few face down in the snow and revived them.”

DeCunzo and his team even once found a man who would have preferred to remain unfound. A hunter’s worried wife called to report that her husband was missing. After going through the usual psychological profile — which might have included the question, “How’s your marriage?” — DeCunzo sent up two search planes. They soon spotted the “lost” man’s truckÃƒÂ¤at another woman’s house.