You've got questions, our survival expert's got answers. 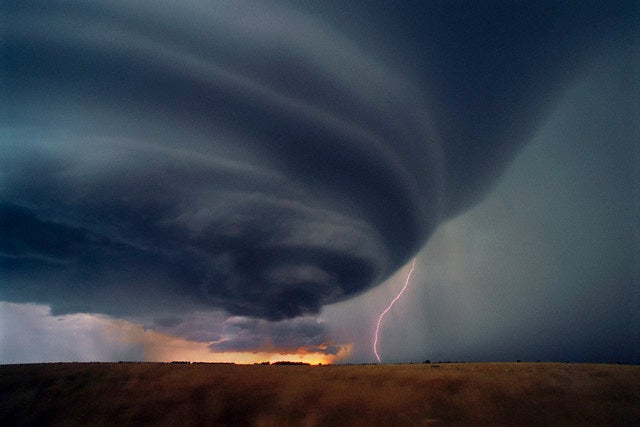 Outdoor survival is a broad field, as evidenced by the variety of questions we receive from our readers. We welcome these questions, and although our answers have to be brief (due to space constraints), they convey the essence of what is most important to know to keep yourself alive and well during your forays beyond the limits of civilization.

I’ve heard that wearing a bell when you hike through bear country is a good way to prevent an attack since you’re less likely to sneak up on a bear inadvertently or surprise one. But I’ve also heard such bells referred to as “dinner bells” because they alert bears to an easy meal nearby. And we’ve all heard the advice, “Don’t surprise a bear” and “Don’t get between a sow and her cub,” but in addition to those, what is the best way to prevent a bear attack or to defend yourself in case of an attack? I’ve heard that you should use a bear spray first and shoot only as a backup. If that’s true, what type of gun and ammo are best for that short range? Is bear spray effective enough to allow time to shoot if the spray doesn’t work? –Michael Haverfield

Bears are unpredictable. The factors that make their behavior so erratic range from how threatened they feel to how hungry they are. The common advice you mention is still the best, but even that might not save you if you’re in the wrong place at the wrong time.

The best defensive weapons include big-bore rifles, shotguns (loaded with slugs or buckshot) and large-caliber handguns loaded with deep-penetrating cast bullets (not hollow points). One problem is that in much of bear country (national parks, for instance), it is illegal to carry firearms. Pepper spray may or may not be effective–a lot depends on the particular animal, your proximity to it, wind strength and direction, and so on. So staying alert, not surprising a bear and not messing with its family is still the best approach.

I read recently that it’s possible to tell direction at night by using the “horns” of a crescent moon. If you connect the tips of the horns with an imaginary line and then bring that line down till it intersects the earth’s horizon, that will be south. How does this work, and is there some way to use a moon that doesn’t have “horns” to determine direction?
–Bill Kay

Technically, that is correct. The reason for this is that the shadow on the moon that creates the crescent shape we see in the night sky is caused by the earth getting between the sun and the moon.

When the positions of the sun, moon and earth are such that a crescent moon results, the shadow is cast so that a line drawn between the horns will point sort of north-south. I say “sort of” because if the moon is low in the sky, and you draw the line between the horns, the point at which the line intersects the horizon may be well to your east or west. It would only be truly south if the moon were directly overhead. You can use a moon that isn’t in the crescent phase to determine direction as you would use the sun, since both appear to rise in the East.

Years ago someone said to me, “If you are caught in a field during a lightning storm, knowing how to position yourself can save your life.” It had something to do with the odds increasing that the lightning would pass through you with the least damage if you positioned yourself in a particular way. I also once read that if you are with a large group, it’s best to spread out and not huddle together. Is that true? I’m a hunter, a backpacker and a soccer coach, and trying to figure this out has always nagged at me. Can you help? –Regina Galluscio

If you’re caught out on open ground during a lightning storm, get off the field and take shelter immediately–a building or vehicle is best. The reason huddling together is dangerous is because if one person is hit by lightning, proximity to other people might result in many people getting injured, rather than just the one who was initially struck.

If you are stuck in the woods, seek shelter among small trees that are all about the same size. When it comes to lightning, there are no guarantees, but you can minimize the risks by not making yourself or your surroundings an obvious target. Get low. Avoid tall objects or metal features such as fences, power lines, irrigation systems and towers. Squat down on your haunches, keeping only the balls of your feet in contact with the ground, and keep your feet close together to avoid multiple “ground” points if you are struck.

What equipment should I have on hand when I’m icefishing, in case the ice breaks and I fall in? And what should I do first upon entering the water–take off heavy clothing? –George Skene

Years ago I was part of an underwater search-and-recovery team in Wisconsin. Much of our training was in how to handle the recovery of bodies of folks who went through the ice during icefishing season. Notice I use the word “recovery,” not rescue. If you go through the ice and do not get out immediately, chances are very high that you will not survive.

There is no 100 percent safe way to go out on the ice, but if you’re going to do it, wear flotation gear such as a float coat that provides both warmth and buoyancy. (There are several models available at go2marine.com. Prices range from $150 to $300.) An offshore survival suit would be even better. Keep all your clothes on–it’s your only protection against the debilitating effects of the cold. Hypothermia won’t kill you immediately (that comes later). However, you will probably die very quickly from cold shock, which leads almost instantly to loss of the use of your arms and hands and subsequent drowning.

Self-rescue is almost impossible, due to loss of dexterity, strength and coordination. My advice is never to go out on the ice alone–take a buddy along who is capable of lifting a heavy load. Because you won’t be able to hold on to anything after being immersed in cold water for only a few minutes, rope yourselves together beforehand, so your buddy can pull you back to the edge of the ice and have a chance of dragging you out if you do happen to take the plunge. Take cell phones, so an immediate call can be made to summon help. In this kind of incident, every minute counts.