My brush with Olympic shooting glory 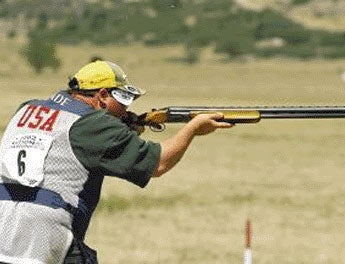 Later this summer, some 200 American athletes will head to Athens to compete in the 28th Olympic Games. Among them will be 24 American shooters. You probably won’t see them on television (the networks are always loath to support the shooting sports), and that’s too bad, because U.S. shooters deserve their moment in the prime-time spotlight. They’ve paid the same price that all athletes pay to compete at the OlympicsÃƒÂ£month upon month of thankless training, both on the range and in personal fitness regimensÃƒÂ£to earn a chance at winning a gold medal.

I had the pleasure of meeting some of these young shooters last February. They were bright, polite, articulate, fun to hang out with and absolutely passionate about their individual sportsÃƒÂ£exactly the kind of ambassadors the U.S. (and the shooting sports) needs. To help you better understand the stiff competition they’ll face, read Michael Bane’s piece on Olympic shooting in this issue.

Meeting our shooting team members reminded me of my own brush with Olympic glory when, as a young gun writer, I was assigned to help cover the 1984 Olympic shooting events in Los Angeles.

A celebrity exhibition shoot was scheduled for the day before the games opened. Somehow my name was selected and before I knew what was happening, I was squaded with the actor Robert Stack and several Pro-Bowlers from the L.A. Rams to shoot a round of international trap. Lest anyone forget, Robert Stack, in addition to playing famed lawman Elliott Ness on The Untouchables, and later hosting Unsolved Mysteries, had been a champion shotgunner. And when the guys from the Rams started pulling fancy trap guns out of their cases, I knew I’d been had. To make matters worse, I got shoved into station one, so I had to shoot first.

Now, I had shot trap before, but the international variety is nothing like the friendly games most of us have shot at our local ranges. Targets are thrown almost twice as fast as conventional birds, and traps oscillate back and forth and up and down. All of this, of course, is designed to keep shooters from anticipating the next target. They needn’t have worried about me.

The temperature was well into the 90s so I was wearing shorts. As I stepped up to the line, all I could think about was whether any of the hundreds of people who had gathered to watch “the celebrities” shoot would notice how badly my knees were knocking. My “friends” in the press pool were thrilled that I got picked, because that freed them up to heckle from the sidelines. “Just make contact,” I kept telling myself, “Just make contact.”

I loaded the customary shells in both barrels of the slick-looking over/under someone handed me (Olympic shooters always shoot twice, breaking the target and then the biggest chips) and tried to block out the crowd. I called for the first bird, which came screaming out of the bunker in a black blur. I had started with a mounted gun, hoping to get a jump on the bird, but before I could begin tracking it, the target was half a football field away. I frantically threw the muzzle out in front of it somewhere and slapped the trigger twice in rapid succession. (At least I’d sound like an Olympic shooter.)

The bird was out there a country mile and there was a long, sickening pause between the sound of my shots and the moment the shot charge caught up to the target, which now looked like it was headed for the next county. To my utter amazement, the clay bird shattered.

The crowd went wild, my knees stopped knocking, my heckling buddies were silenced and, for a moment, I caught a fleeting glimpse of what it must be like to be one of those young American shooters who will be traveling to Athens this summer. I know they’re going to make us all proud.