Getting Out the Vote

It's never too early to think about your freedom 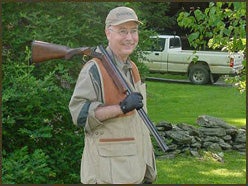 I know what you’re thinking-politics! Yuck! I hate it too. I don’t like stump speeches. I don’t like agendas. And I don’t like the political double-talk that always seems to accompany elections. But the hard truth is, I need to start liking it and so do you.

For far too long sportsmen have sat back and said, “There are plenty of others out there to protect my rights. Why, the NRA can handle it, or the Sportsmen’s Coalition, or Ducks Unlimited, or the Rocky Mountain Elk Foundation.” In reality, they simply can’t. Sure, special-interest groups help and the NRA does a terrific job on Capitol Hill, but they can’t vote for you.

In the 2000 elections, it’s fair to say that on the gun issue alone sportsmen played a key role in electing George W. Bush. But that was only half the battle.

Prior to the 2000 elections I did a radio show in New Orleans with Jim Baker, who was then with the NRA. Even then, Baker told me that as important as the presidential election was to sportsmen and gun owners, the midterm elections in 2002 would be even more critical because they would decide the ruling majority in the Senate and House. And here we are, two years later, facing that very decision.

For the record, there are 34 Senate seats up for grabs and 435 seats in the House. The events of Sept. 11 have silenced many of the anti-gunners, but only temporarily. Rest assured that the fight over gun ownership is far from finished. It’s simply been put on the back burner because politically correct opponents know how sensitive this issue is when our country is threatened. Suffice to say, however, that putting a majority in the Senate and House that support hunting and fishing would go a long way toward preserving our Second Amendment rights and sporting heritage for years to come. That’s where you come in.

If you’re not registered to vote, do so now! Then get to the polls on November 5 and take a sportsman or two with you. Talk up the election with your friends and make sure they vote. Make an announcement at your local sportsmen’s club meeting this month or at your place of worship or wherever folks you know gather. If every American who purchased a hunting or fishing license had voted in the last national election (the latest USFWS report shows that there are 13 million hunters and 34 million fishermen in the U.S.), perhaps it wouldn’t have been so close.

Colorado, Georgia, Minnesota, Missouri, Montana, New Hampshire and South Dakota are all battleground states that must be won. To lose these key states to those who don’t support our sports because hunters and fishermen didn’t vote would be inexcusable. And for sportsmen in other states who may think this election doesn’t concern them, think again.

This country faces some major challenges concerning fisheries and clean-water management, public-land access and how our national forests are to be used and by whom. Then there are all of the wildlife issues we face-chronic wasting disease, the decline in mule deer populations, habitat loss to urban sprawl, threats to wetlands and forest-fire control. And if that’s not enough, there are home-security issues to deal with, national defense and a host of other legislative matters that America will face in the years ahead. We need strong leaders who support our Constitution, leaders who aren’t afraid to speak their minds or make decisions that are in the best interest of America and its people. That’s what this election is all about.

Many men and women have given their lives to protect the freedom many of us take for granted every election day. But the right to vote is a privilege that must be exercised to remain strong. I urge each of you to carefully consider your candidates at the local, state and federal levels, then go to the polls and make your voices heard. Next month, Outdoor Life will devote a special section to the 2002 midterm elections. We’ll take a look at tthe election from a sportsman’s perspective and give a complete rundown on all of the incumbents and where they stand on issues of most importance to sportsmen. We encourage all of you to share this information with your fellow outdoorsmen and friends. Then make the decision that’s right for you.