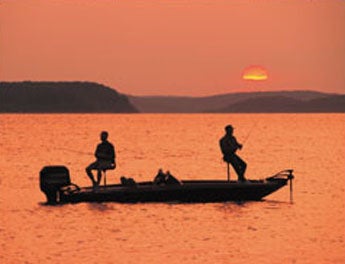 Anglers can get hung up on some strange things, but none of us ever expect to snag a sunken airplane.

Cory Fladeboe and his friend weren’t having much luck walleye fishing on a lake near Willmar, Minnesota, so Fladeboe decided to submerge his underwater camera and see if there were any fish in the casting zone. He instead discovered the wreckage of an airplane 35 feet below the boat. The plane is probably a U.S. Army Cessna L-19 Birddog that crashed on Oct. 15, 1958. Despite numerous dives since 1958 to discover the crash site, the plane had been lost until now, the UPI reported.