Attack of the Killer Fish

Snakehead is showing up in more and more waterways 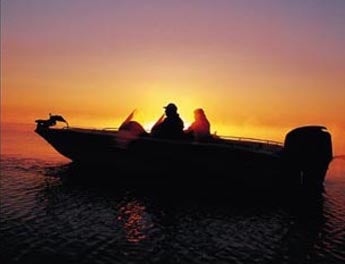 The latest nuisance for fishermen seems like it’s migrated from the pages of a science fiction novel, not Asia. Walking on land and able to survive up to 24 hours out of water, the snakehead is fast becoming the scourge of freshwater anglers. Snakeheads first appeared in 2002 in lakes and rivers around Washington D.C. Now, they’re likely in the Great Lakes.

To date, only one fish has been caught in the vicinity of Lake Michigan, but as Philip Willink, a fish biologist, said, “Recent history indicates you don’t just catch one.”

The fear with the snakehead is its appetite. Snakeheads are about as choosy and hungry as a pregnant woman. In Maryland and in the Potomac River the fish has taken over reefs and other structure by either displacing or eating all competitors.

Snakeheads are also quite virile, laying thousands of eggs and protecting them until they hatch. Non-native aggressive fish species such as the snakehead are becoming a major concern for fishery management and for sustainability of habitat. Report any snakeheads immediately to local wildlife officials.