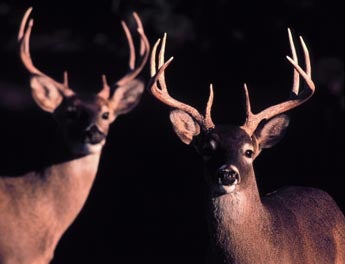 At what point does the hunter become the hunted? When you’re a 69-year-old bowhunter and you’re a threat to a buck during the rut. And when the hunter became the hunter in rural Indiana this week it wasn’t pretty. Jim Mick, of North Vernon, Ind., was treated for injuries he suffered when a deer charged him in the woods.

Mick was still hunting in tall grass, when a 150-pound (middleweight?) deer hit him in the chest, knocking him to the ground. Once he was on the ground the deer continued charging and gored his thigh. But Mick refused to stay down for the count. After 10 minutes of action, Mick was safe having put a tree between the deer and himself. He was later treated for minor injuries at a nearby hospital.

Mick told the Indianapolis Star, “It was probably a draw, but I think I got the worst of it.” Hunting season isn’t over, though. Perhaps there will be a rematch.