Beavers Use Cash to Build a New Home 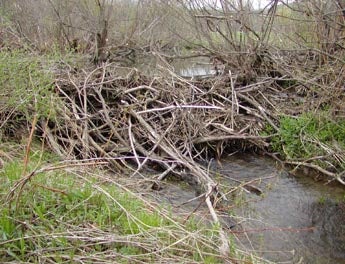 When a thief dropped three bags of cash, totaling $75,000, into a creek he had little idea that resident beavers would use the bills as a drywall substitute for their new dam. The money was stolen from a Louisiana casino. While on the run, the thief decided it would be best to hide the cash in the creek, coming back later to claim it. However, a few industrious beavers were able to open one of the moneybags and use its contents on their abode.

Police initially found the other two unopened bags of money, but were stumped looking for the third. They decided to dismantle the dam in order to lower the water level when they discovered dollar bills meticulously woven into the dam. What surprised authorities the most was that the money was left whole. Those beavers must have taken a page from Martha Stewart Living.