Study shows that the warm current is cooling off 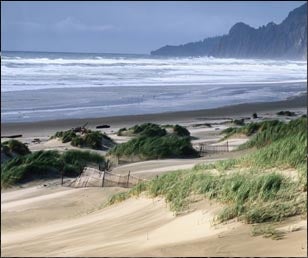 The Gulf Stream is one of the ocean’s longest aquatic highways, stretching from the Caribbean to the British Isles. Now, it appears that global warming is grinding the water flow to a halt. In fact, circulation has slowed 30 percent in the last 12 years.

Increased melting along Greenland and the Artic ice fields combined with higher river flows in Russia has decreased the salinity of water in parts of the Atlantic. The new cold water has the same effect on the Gulf Stream as a beaver dam on a river. Warm water in the Gulf Stream rises to the surface and flows north and east, while the colder waters of the northern Atlantic sink. When the salinity of the cold water is reduced it sinks slower and instead cools the current, bringing it to a halt.

Changes in the temperature of the Gulf Stream will likely first be felt on the British Isles where temperatures are expected to fall by 1C. If the flow continues to cool, weather patterns will become more erratic and the temperature could drop by an aggregate of 4-6C.

Research has not indicated if this is a temporary trend or a long-term concern. Also, the impact on marine life has not been studied.