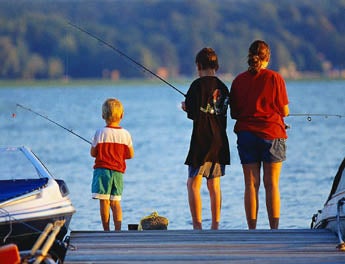 Two idiotic armored-car drivers stole $1 million from their own truck near New York City this week. After the heist the plan was to stash the bills in Westchester County and Staten Island, picking them up when the police investigation settled down.

Unfortunately for the pair, a 15-year-old angler caught the mother lode in a Staten Island pond while police was interrogating them. The young fisherman hooked a sunfish, and as he reeled it in he kicked up the money, which was hidden in weeds along the shore.

“I looked down and saw it on the ground, large stacks of money,” the teenager told the New York Post.

Earlier, the unidentified robbers told the cops their alibis; one had left the truck to use the bathroom, the other to grab a bit to eat. When they were gone someone had broken into the truck and pocketed the million bucks sitting in the rear.

Luckily the authorities didn’t buy it. After questioning the two men broke down, revealing the location of the hidden cash. Some was hidden in an undisclosed location in Westchester County and the remainder was in Staten Island, which was found by the young angler.