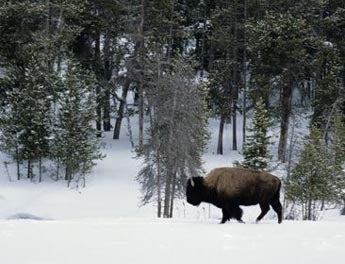 Anti-hunting and pro-hunting groups make stange bedfellows, but both were in unison against a proposed 10-person bison hunt on the edge of Yellowstone National Park. Obviously, how they came to the same conclusion involved vastly different logic.

Anti-hunting organizations have made it known that they view bison hunting as inhumane. Nothing new there. What is surprising is the sportsman’s organizations that supported the Fish, Wildlife and Parks Commission’s 4-1 vote to close the hunt. A representative from the Montana Wildlife Federation said he didn’t believe bison hunting could be considered a “fair chase” ordeal until the bison were better managed and given more room to roam.

Other outdoorsmen expressed worry that the intense media attention on the first hunt since 1990 could kill any chances of future hunts. Over 8,000 individuals applied for one of 10 tags. Patagonia announced it would refund the cost of anyone’s license if they chose not to hunt, as a sign of protest against bison hunting.