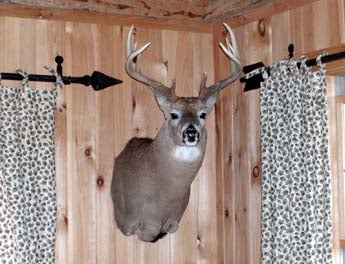 The storyline is an all-too common tragedy: a troubled couple gets into a dispute and one person ends up injured or even dead. And the sparks that start these flames are universal: another lover, bad finances, alcohol or drugs. That is, until one Missouri woman pulled the trigger on an ex who was coming to her house to collect his deer meat.

Adella Fae Patton was charged with second-degree murder and armed criminal action after she shot Kevin Madison in the head at close range. Madison had arrived at the house to take venison from the freezer, but the two had a spat in the driveway. Local police had been called in before to quell domestic disturbances between the two.