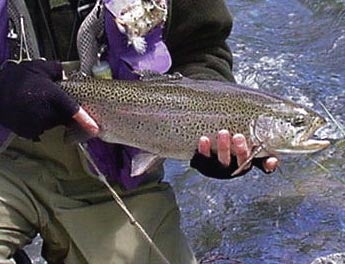 Anglers in the Northeast now have even more reason to practice catch-and-release fishing. The U.S. Fish and Wildlife Service warned this week that fishermen should limit consumption of salmon and trout released from federal hatcheries in the Northeast to only half a serving per month. Abnormally high levels of pollutants such as dioxin are the reason for the new advisory.

In response to a study published in January in the journal Science, which suggested that hatchery fish were ingesting PCBs (polychlorinated biphenyls) from their feed, the USFWS commissioned a study to determine if the fish oil and meal that hatchery fish are fed is causing the pollution. The contaminant levels of the tested fish were well below the mark set by the Environmental Protection Agency for safe consumption.

The trout and salmon set free from the hatcheries are large, old fish no longer needed for breeding. Each year the USFWS releases close to 14,000 lake trout, rainbow trout and Atlantic salmon in waterways throughout the region. These trophy fish are what anglers are fishing for, and this news will likely not be received well.