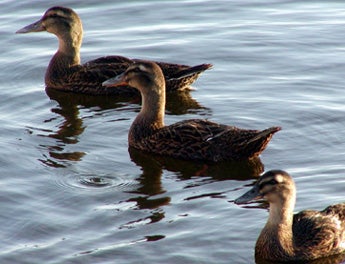 City slickers are often brash and loud compared to their demure country neighbors, and now it appears this behavior is trickling down to waterfowl. According to researchers in Britain, urban ducks quack in a louder dialect than their rural cousins, often drowning the bumpkin ducks out.

A study compared ducks in central London parks to those in rural Cornwall to determine if ducks sound the same the world over. Victoria de Rijke, a researcher at Middlesex University, told Reuters there is a distinct difference between country and city waterfowl.

“The London ducks are noisier, laughing raucously,” she said; the Cornwall ducks quack in softer tones. She speculates that urban ducks are louder because they must be heard over the constant noise of the city.