Sage Grouse Not Warranted as Endangered 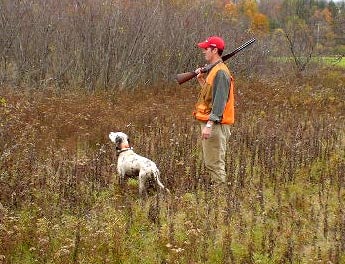 A bird whose struggle to survive was fast becoming the symbol of a struggle between conservationists and pro-development forces in the West. After a status review by the U.S. Fish and Wildlife Services, it was determined that the sage grouse is healthy enough not to warrant listing as an endangered or even threatened species.

Pro-environment groups in the region had argued that the sage grouse, whose range encompasses parts of 11 Western states, was on a sharp decline. Though numbers as a whole were estimated to have dropped at an annual rate of 3.5 percent from 1965 to 1985, scientists have recorded a stabilizing from 1985 to the present. In Colorado and California, grouse numbers have seen a general increase.

The petition submitted to the Fish and Wildlife Service, which asked for a review of the sage grouse, declared rapid growth as a major source of the bird’s troubles. Though habitat loss is a serious issue, so are invasive plant species that take over sagebrush habitat. According to one official at the Fish and Wildlife Service, hunters were inconsequential in the decision, as they have little effect on the stability of the bird.

Fish and Wildlife Service Director Steve Williams, emphasized that conservation efforts for the sage grouse not be hampered by this rejected petition. “The status review clearly illustrates the need for continued efforts to conserve sage grouse and sagebrush habitat on a long-term basis.”