Spring run on the Columbia is lowest ever 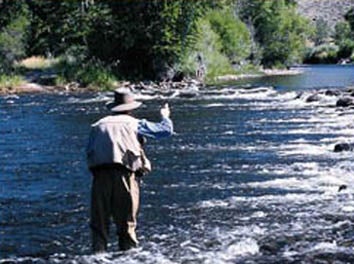 Fish biologists were expecting close to a quarter-million Chinook for the spring run up the Columbia River in Oregon. So far, they’ve counted 200. What’s worse than the lack of fish, is that no one has any idea as to why this happened.

The fish are so scarce, in fact, that local Indian tribes had to travel to neighboring fish markets and buy salmon for an annual ritual marking the return of the fish. Other rivers in the vicinity are reporting normal numbers of fish, yet the Columbia remains barren.

Chinook are finicky compared to other salmon species. Because of their supposed pickiness, some fisheries officials think that a dry winter and murky water are keeping the fish out of their usual haunts. At the moment, the fishing season will go on as scheduled, though managers are meeting weekly to assess the conditions.