Three Things to Consider Before Buying a Portable Shovel

A folding spade isn’t one of those things you’ll think about often, but you’ll be glad you have one when you need it 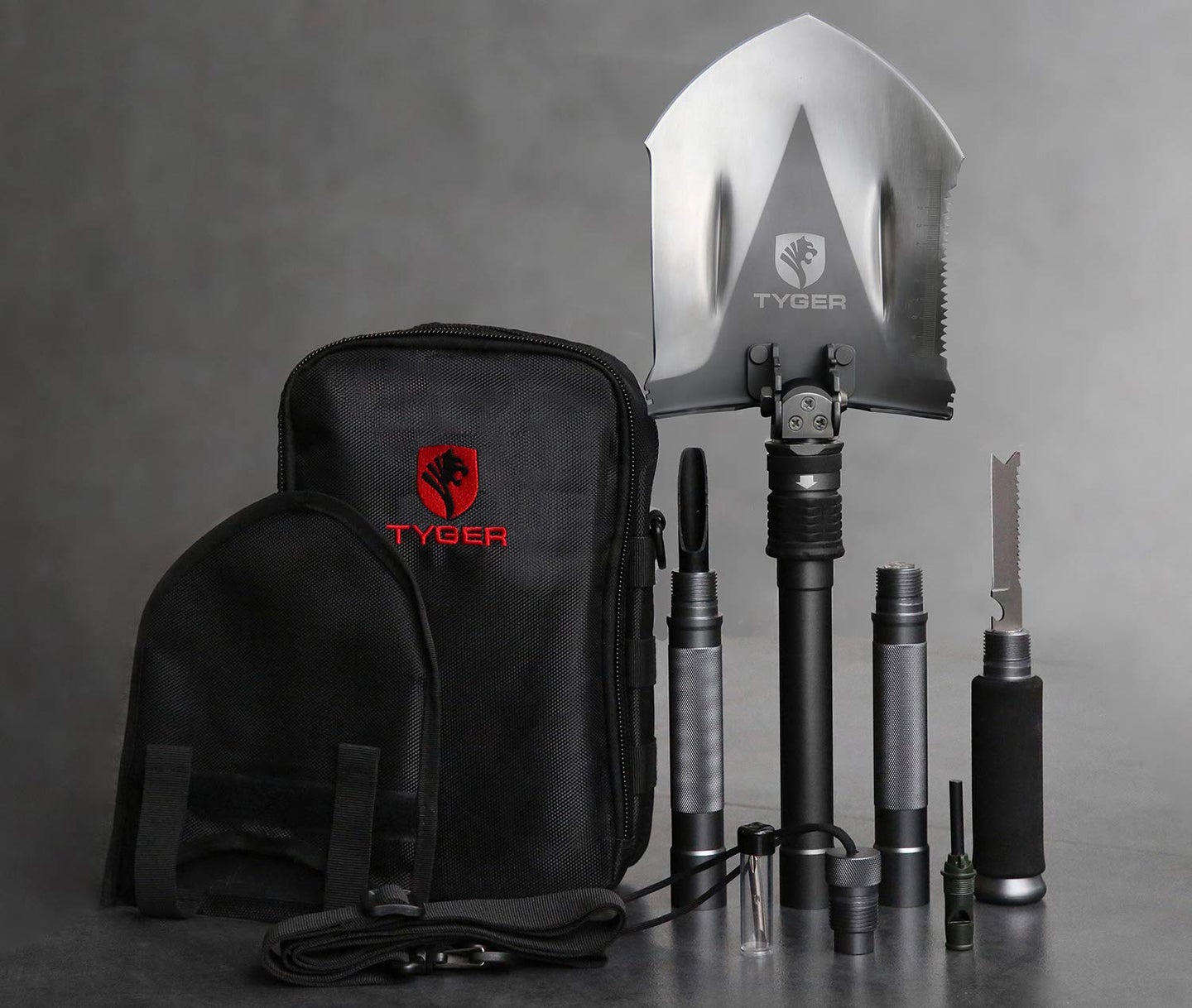 Since their inception in World War II, foldable shovels have gotten lighter, stronger, and better. If you don’t already have one stashed behind the seat of your truck or packed with your other camping gear, you need one now. They allow you to switch out multiple heads to tackle jobs a simple spade isn’t cut out for. To help you figure out which shovel is best for your, here are a few with all the features you could need.

If all you need is to clear out a fire pit or have a shovel on hand for unforeseen emergencies, a simple military-style folding shovel should suffice. It packs up small enough to carry on a waist belt or backpack and adheres to the old military principle of KISS: Keep It Simple Stupid.

For a wider range of camp tasks that might call for, say, a pickax or a knife blade, a folding shovel with interchangeable bits will expand your preparedness and minimize the number of other tools you need to complete your mission, whether that’s a survival trek or a weekend at deer camp.

The folding entrenching tool has come a long way since its introduction by both German and American forces in WWII. A modern tactical shovel can have a dozen or more tools integrated into its design, including a knife, saw, spade, pick, ice ax, screwdriver, wire cutter, bottle opener, and more.