New guns and gear for waterfowlers and upland hunters 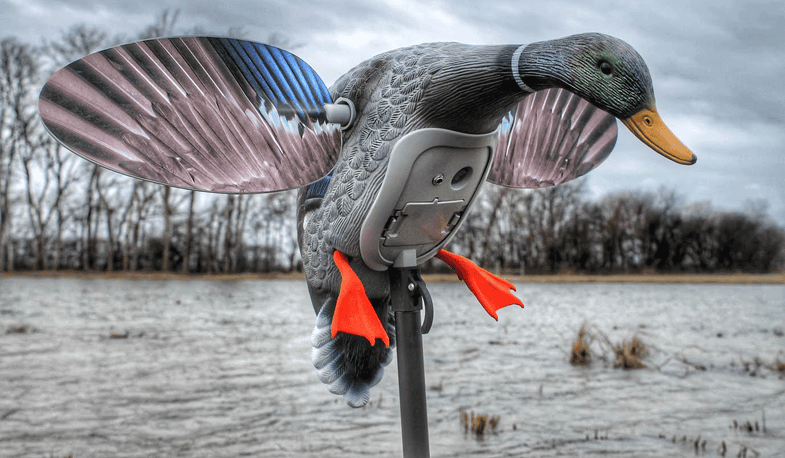 There was a little something for everyone at the 2017 SHOT Show — even bird hunters. After spending days wandering around a giant showroom floor crowded with new AR introductions and tactical, well, everything, my thoughts inevitably drifted to quiet mornings in a duck marsh.

So, here are the most interesting new product introductions for waterfowlers and upland bird hunters. I’m certain I missed a quite few — this year the floor seemed to cover an area slightly smaller than the state of Rhode Island — so if there are new products that you’re excited about in the bird hunting world, let us know about them in the comments section.

This shotgun introduction is the biggest news of the show for duck hunters. The third-generation SBE is lighter and slimmer than its predecessors. Also, Benelli redesigned the bolthead system to eliminate the infamous “Benelli click” (which happens with many older SBEs when you don’t allow the bolt to close forcefully enough and you get a “click” instead of a bang when the trigger is pulled). The new Black Eagle features larger controls (bolt release, bolt handle, safety), an upgraded recoil reduction system, and a softer cheek pad. I was able to shoot this gun a bit during range day and immediately noticed how nicely the gun handled and pointed. MSRP: $2,000

I was fortunate enough to be one of the first writers to hunt with the reintroduced Browning A5 back in 2011, so I got a kick out of finding this new iteration at the SHOT Show this year. The A5 Wicked Wing is finished with burnt bronze cerakote, has a fully chromed bore, and features an extended bolt handle and oversized bolt release. All of these features are designed to help the gun shine in the harshest waterfowling conditions.

Not all of the new shotguns at the show were hard-hitting duck guns. This petite 28-gauge from Mossberg is noteworthy because it’s dressed in checkered walnut (unique for Mossberg) and because of its bargain price of $653 (unique for semi-auto 28 gauges). The SA-28 is made in Turkey and is gas-operated, and is light at 6.5 pounds. I didn’t get a chance to shoot the gun, so I can’t vouch for its performance. But, if you’re looking for a bargain 28 and like Mossberg guns, the SA-28 is certainly worth a look. MSRP: $653

Mojo spinning-wing decoys changed the game for many waterfowl hunters, and now there are a handful of competitors. Mojo looks to stay ahead of the pack with its new King Mallard. The company has worked to eliminate the noisy vibration of its current spinning-wing models by redesigning the housing. Now, the motor and battery attach directly to the support pole. The body of the decoy is a flexible skin. Besides making the decoy quieter, I can see this making it much more durable (you won’t run the risk of smashing the body or feet on a frigid morning). The Mojo rep I talked to at the show said they’re planning to offer a variety of different skins so you can use the same housing but swap in a different duck species. The decoy includes a remote and rechargeable battery. MSRP: $170

This vest (although it’s part backpack) was thoughtfully designed to meet a serious upland bird hunter’s needs. Features include: thin shoulder straps that won’t interfere with your shooting, a useful wrap-around game bag, and a waist band with two flip-down gun rests. The vest easily holds two boxes of shells, is compatible with a hydration bladder, and is vented so you don’t get too warm on those long pushes. If you need more from a bird hunting vest, you might consider bringing less gear afield. MSRP: $140

Federal’s premier waterfowl ammunition has been out for years and has killed plenty of ducks and geese. But the original Black Cloud typically would not pattern well with ported chokes, which have become popular with many waterfowlers. So the upgraded version features a “Flitecontrol Flex” wad, which is redesigned to work with ported chokes. Federal is also using a new primer and propellant which it says will make the ammo shoot cleaner.

I got to hunt with early, pre-production Flitecontrol Flex shells last fall and it worked as advertised through ported (and non-ported chokes). Just like the original Black Cloud, the new version uses 60 percent premium steel pellets for pattern density and 40 percent FliteStopper pellets, which are designed with a cut ring for more lethality. MSRP: $17.49 to $29.99 per box.

You might recognize Soar No More as the guys who make pigeon decoys and put out those viral pigeon hunting videos. Well now they’re getting into the crow hunting game with fully-flocked decoys and a mouth call. The decoys are designed to be “anatomically correct” and run $60 for a pack of six. That might sound spendy, but competitor’s decoys are running for about $20 per bird. The call is easy to blow, sounds great, and costs $40.

So for about $160 you can get a dozen decoys and a call and have everything you need to hunt crows all season long.

I’ve never watched a single episode of Duck Commander, but I have used their calls. Right at the end of 2016 they introduced the Jase Robertson Pro Series calls which feature a Hi-Ball, Tigerwood, and Acrylic model (pictured in order from left to right). The calls sound great and are all American-made. I used the Hi-Ball version for part of last duck season which is the mid-volume call and is also the cheapest at $40. It was easy to blow, even with birds working at close-range. The Acrylic is most expensive at $65.

This new vest comes packed with features at a reasonable price. It’s made of 5mm neoprene, but the bottom/belly is abrasion-resistant to protect your pup from brush and ice. The vest also features easy-lift handles, leash clips, and flotation pads. It’s trim-able around the neck and legs to get a good tight fit around your dog, and there are sewed-in seems to cut around to ensure that the neoprene doesn’t fray. MSRP: $35-40.