The Best New Pike and Muskie Baits of 2018

The baddest baits for northern pike and muskellunge 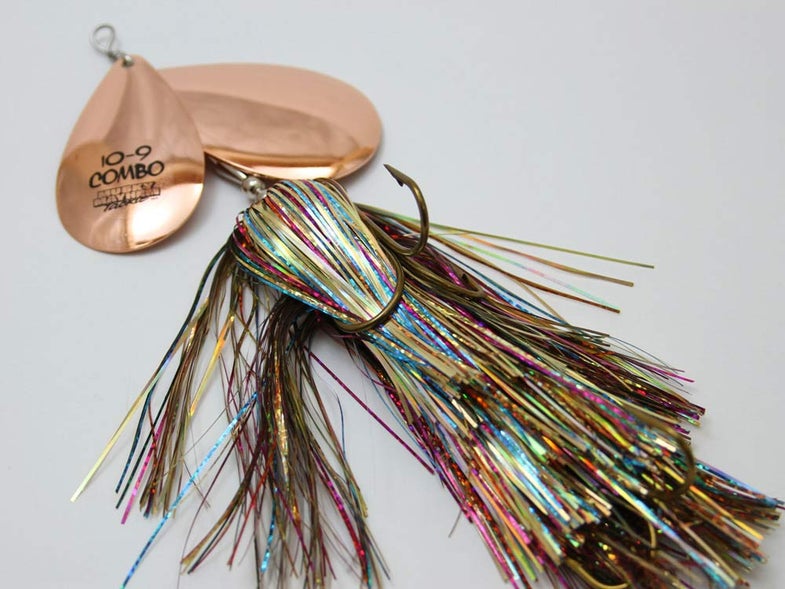 Northern pike and muskellunge are the nastiest fish to swim in freshwater. These apex predators can grow over four-feet long and eat prey two-thirds of their body length. As a general rule of thumb, they’re not going to waste energy chasing bite-size snacks. Pike and muskie lures have to be big, real big. Sure, some classic baits have stood the test of time, but new lures are constantly surfacing to give anglers a different (and improved) presentation. And quite frankly, these new muskie lures are some of the coolest baits you’ll see made for any species. So we weeded through the dozens of recent additions to the muskie market to find the ones worth a place in your tackle box.

The “Shadillac” has a storied history among muskie anglers. Originally designed and produced by muskie legend Mike Hulbert, they stopped being made more than a decade ago. Chaos Tackle worked with Hulbert to address the underground market for used Shadillacs and put them back into production. The combination of a hard-bodied swimbait with dual-trebles is deadly. The one-two (three) punch of a lifelike swimming action, realistic pattern, and a high-hook up ratio proved the Shadillac’s worth back in the day and will continue to do so this summer.

Savage Gear is no stranger to the swimbait market and has been at the forefront of pike and muskie bait innovation. While soft-plastic swimbaits are certainly not unique, you won’t find many molded into yellow perch. And perch sit atop the menu for a hungry, large esox. In addition to matching the profile, the movement of the “4D Yellow Perch” is near identical to the real thing. The bait is pre-rigged with wire leader and a super-strong treble that’s ready to fish right out of the box.

There’s a noticeable shortage of paddle-tail, soft-plastic baits in the pike and muskie market. The “Swimmin’ Dawg” was developed to fill that niche. Musky Innovations is synonymous with soft-plastics as evidenced by the venerable “Bulldawg.” The Swimmin’ Dawg takes that knowledge of rubber and packs it into a hard-thumping lure with a flexible internal harness for durability and realistic action. A front hook maximizes connections by focusing attention on the head-hunting nature of pike and muskies. 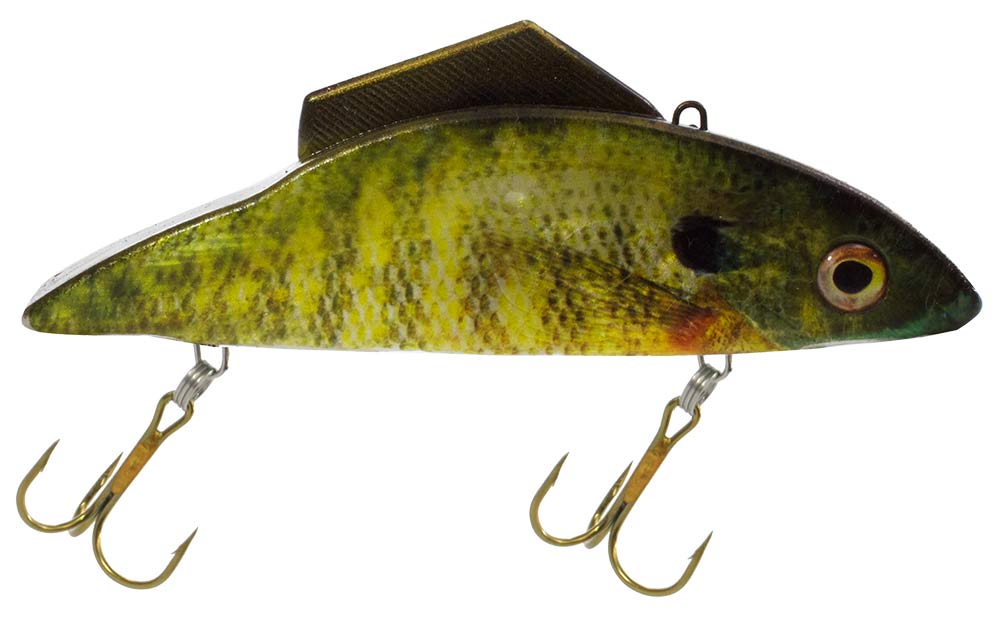 Vertical jigging has exploded for a number of freshwater species in recent years, and pike and muskie are no exception. Under certain conditions and during different times of year, the only way to them is to target schools of baitfish in open water. Phantom’s “Reaper” is easily the most lifelike jig to hit the market. With a 9-inch profile, the Reaper is the right size to feed top predators. And their seven photo-finished patterns are able to match the hatch of the forage your local fish are feasting on.

Glide baits (not gliders) are huge with anglers targeting the next world-record largemouth. But they are virtually unused by the muskie crowd. That’s about to change. The seductive swim of the “Homicide Glide” mimics prey unaware of danger and makes an easy target. It’s constructed of bullet-proof resin and hook configurations can be changed to alter buoyancy from a sinking to suspending bait. The Homicide Glide is available in four patterns that are are all ultra-realistic.

The “Rachel” by Livingston Lures does triple-duty as a trolling lure, jerkbait and as a traditional crankbait. It can be trolled to 15-feet and dives down to six-feet when retrieved. The kicker is Livingston Lures’ EBS Technology that emits biological sounds that mimics natural forage of pike and muskies. The company says this effect doubles the radius of a traditional crankbait. The Rachel is built to withstand punishment with solid construction and a 2mm wire-through design.

The “Super Shad Rap” has stood the test of time as a top-producing pike and muskie bait. With its reputation solidified, Rapala breathed new life into its popular crankbait with four new HD Live patterns. Coupled with its existing natural baitfish profile, the new looks take the Super Shad Rap to another level. The live series has all the same details you know and love: it’s hand-tuned, tank-tested, through-wired, and wields razor-sharp VMC black nickel hooks.

The “Headbanger” was designed in Sweden, home to the largest pike on the planet. It recently made its way overseas and absolutely exploded onto the U.S. esox scene. Few, if any, new baits establish themselves as quickly as the Headbanger has done. And its success is based purely on the ability to catch fish. The bait has a jointed head and soft tail that produces incredible action with a simple straight retrieve and goes absolutely nuts with a jerk, pause, and twitch.

Phantom’s “Hex” is not your father’s crankbait. The hefty, 10-inch, multi-purpose crank is individually hand-painted and made here in the USA. It can be cast to produce a crazy, erratic subsurface walk and also excels at trolling. At higher speeds, the Hex will walk 2- to 3-feet from side to side, enabling it to cover a ton of water. It also sports an anodized aluminum lip that can be slammed into rock piles, reefs, or weed channels where the big fish hide. 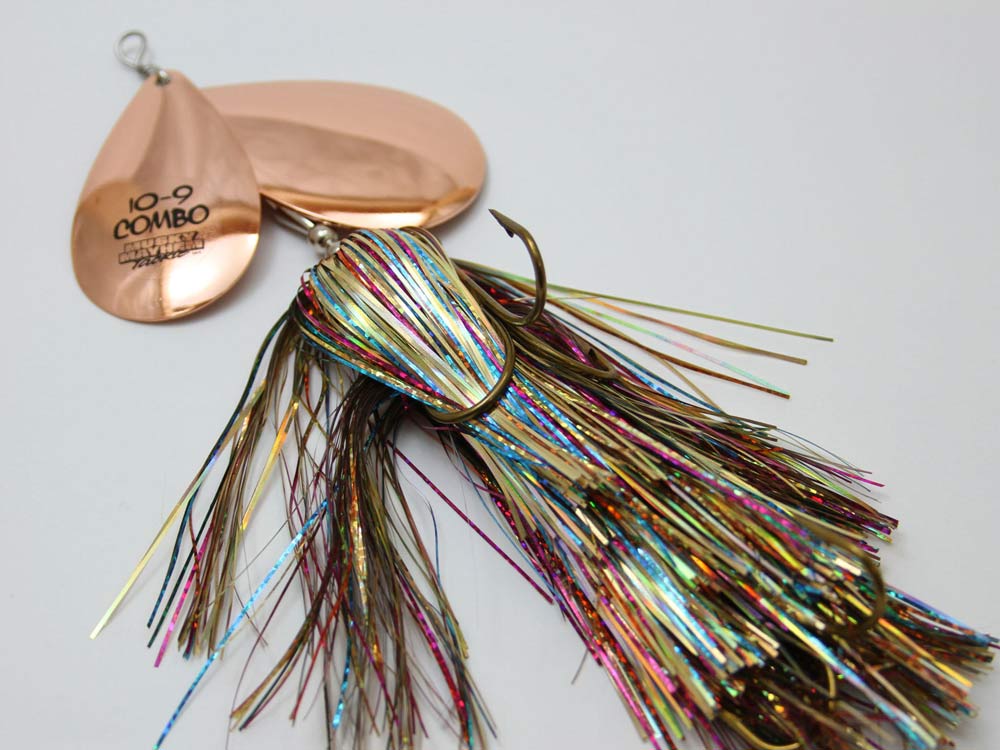 Musky Mayhem created, possibly, the most successful pike and muskie bait of all time—the Double Cowgirl. So naturally, when they put a new bait on the market, it’s worth checking out. The “10-9 Combo” offers fish a different look with one #10 Magnum blade and one #9 Magnum blade. The result is a unique thump and vibration. The 10-9 is built to the hilt with thick wire, classic flashabou with a huge profile, and two 7/0 Mustad hooks to ensure a good hook-up.