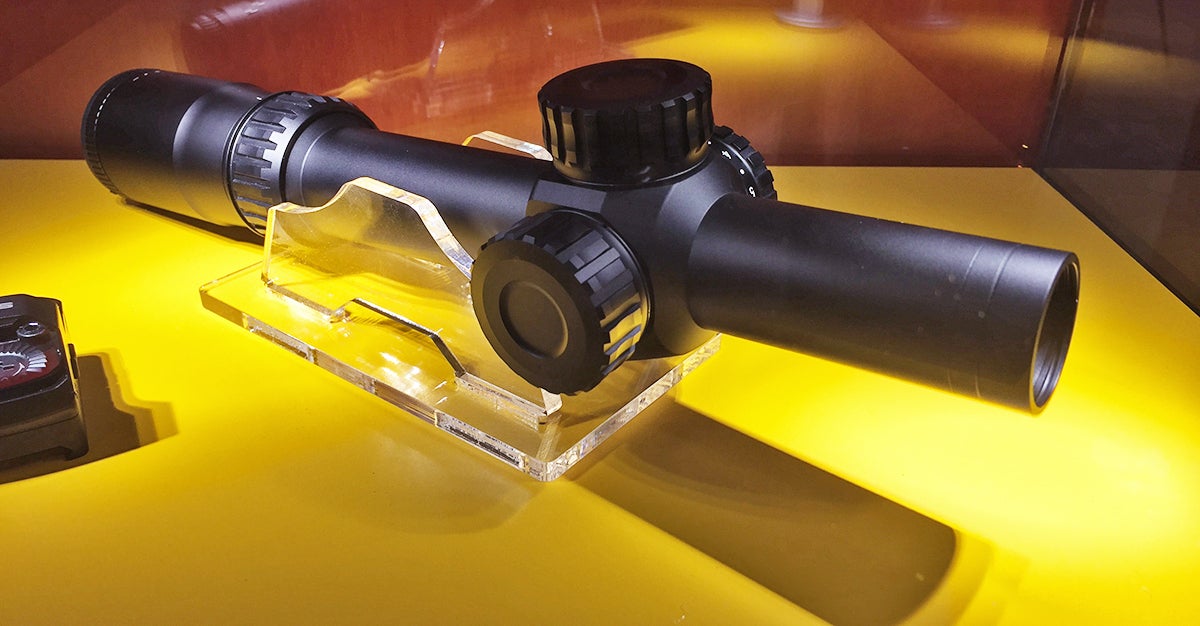 After marching toward a hegemony of precision riflescopes the last few years, the optics industry appears to be making concessions to hunters and shooters who don’t want or need (or understand) MIL/MIL controls, gigantic 34mm tubes, and towering turrets. That’s one way to look at the return to MOA-styled scopes this year. The other way is that optics brands are simply filling in their catalogs to offer a riflescope for every purpose.

I think there’s actually a third way to explain the backing off of first-plane milling reticles and the appearance this year of more minute-of-angle (MOA)-based aiming systems. It’s that once shooters experience dialing their knobs to hold on elevation and holding off for windage, they appreciate the speed and precision of that system delivered through Christmas-tree reticles.

Now, those experienced shooters want to bring that same level of long-distance precision to their hunting scopes. They want detailed reticles, but they want them in the second focal plane, and they want their references to be based on MOA. And they want sized-down scopes that are more portable than hefty precision target scopes. Based on the offerings plied at the 2019 SHOT Show, they have plenty of choices.

Here are some of the more interesting riflescopes that debuted at SHOT. 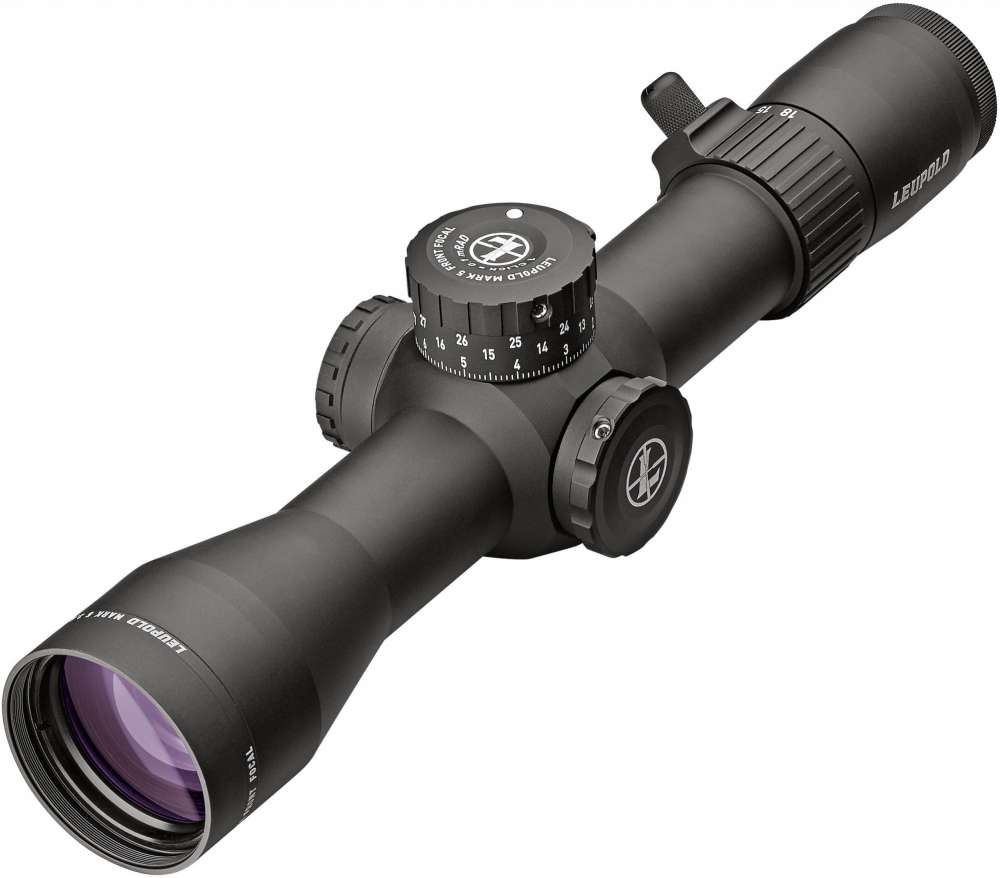 The best example of this MOA resurgence is from Leupold, whose Mark 5HD stole the show last year with a low-profile 35mm, first-plane beauty of a MIL-based aiming system. This year, all the attributes that made the Mark 5HD a hit on the PRC circuit are back—push-to-turn elevation turret, revolution indicator, illuminated first-plane reticle, and twilight-indexed coatings—but in MOA-based configurations. And in a size—3.5-18×44—that’s suited to hunters. The new Mark 5HD will retail for $2,340. https://https://www.leupold.com/ 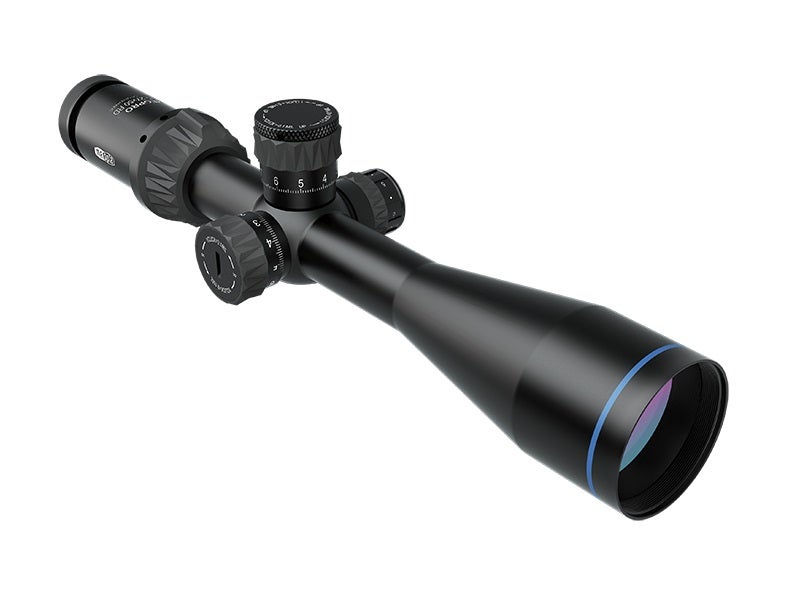 From one of the oldest optics companies in the world comes a new line designed to appeal to budget-conscious hunters and shooters who want European styling and quality in center-of-mass configurations with a variety of reticle choices. Meopta’s new Optika6 line includes low-mag 1-6×24 to versatile 3-18×50 to a big 5-30×56 built on a 34mm tube. “Hunting” configurations feature MOA-based reticles in the second focal plane, while “Shooting” models have MIL-based reticles in the first plane. Many models in the Optika6 line offer DichroTech reticle technology, Meopta’s patented coating that features a highly visible aiming point, no matter the light or background conditions. Costs range from $500 to $1,000. www.meoptasportsoptics.com 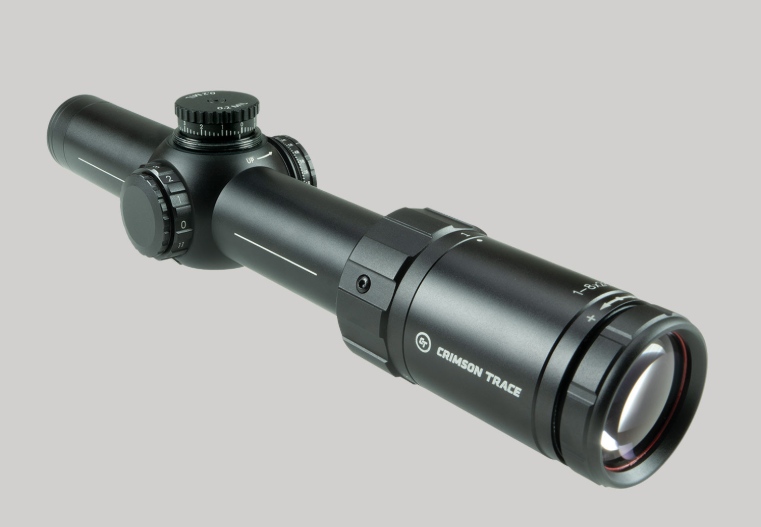 Just when you thought there was no more room for another brand in the crowded optics category, Crimson Trace has introduced a full line of riflescopes for both shooting and hunting pursuits. All built on a first-plane reticle aiming system, the line includes mainly tactical configurations, from short-range scopes in 1-5×24 and 1-8×28, to a big, beefy 5-25×56 precision optic. Prices range from $2,000 for the 5-Series Tactical scope, a 3-24×56 with MIL/MIL reticles and controls, to $500 for what Crimson Trace calls its 2-Series Sport scope, a 3-9×40 unit with MOA controls. www.crimsontrace.com 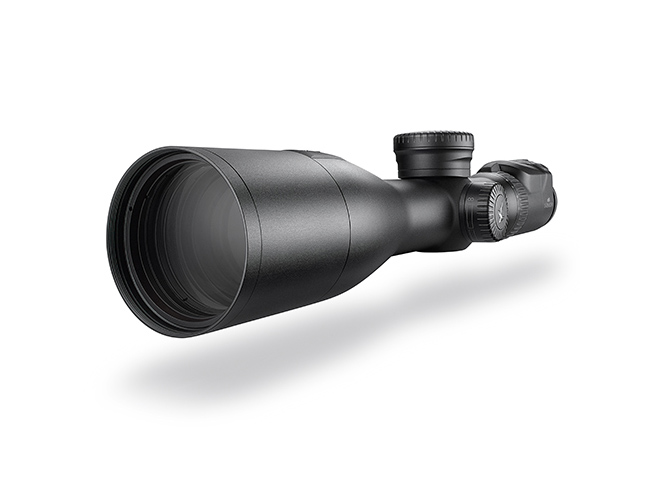 Swarovski’s new rangefinding riflescope isn’t exactly a cutting-edge product (or exactly new; it’s been available in Europe for a year). After all, we’ve been shooting the Eliminator from Burris for years. But this is a very good iteration of an idea that a number of brands are chasing: a serious riflescope containing a serious rangefinder. Pluses include speed of deployment, very good glass, a clean display of digital information, and a satisfying amount of data delivered in the image plane. Minuses: its significant size (it’s built on a 40mm tube and weighs 2.3 pounds), its controls (you have to zero the unit using maddeningly small and losable tools), and its lack of more robust windage references. But this is not a target scope. It’s designed for hunters, with hold-over corrections out to 1,200 yards, the ability to pair specific load data through a Bluetooth connection to your smart phone, and bullet-energy readings that you can use to determine if your shot is ballistically ethical. The $4,000 cost is as significant as Swarovski’s achievement. https://https://www.swarovskioptik.com/ 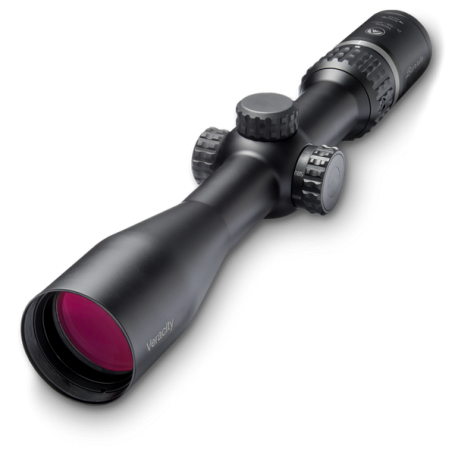 We’ve loved the Veracity since Burris introduced the first-plane beauty back in 2016, when it snagged both Outdoor Life’s Great Buy and Editor’s Choice awards. Now, the Veracity is back with a second-plane reticle “for those hunters who prefer their reticle to always stay the same,” as Burris explains it. Great glass, a versatile size built on a 30mm tube, and customizable knobs and a wide variety of smart reticles make this a good value. Prices range from $720 for the 2-10×42 version up to $1,080 for a big 5-25×50 model. www.burrisoptics.com

While Nikon’s redesigned Monarch 5 line of hunting scopes will probably sell more units, the brand’s new AR/MSR offering is making the case for a platform-specific darling. This first-plane reticle, when ramped down to 1X, features an illuminated rapid-acquisition aiming point, and is about as quick and easy to deploy as a red-dot sight. At higher magnifications, bullet-drop references become visible for more precise shot placement. Controls are positive and tactile. The glass is bright. The tube is 30mm. The price is $650. www.nikonsportoptics.com 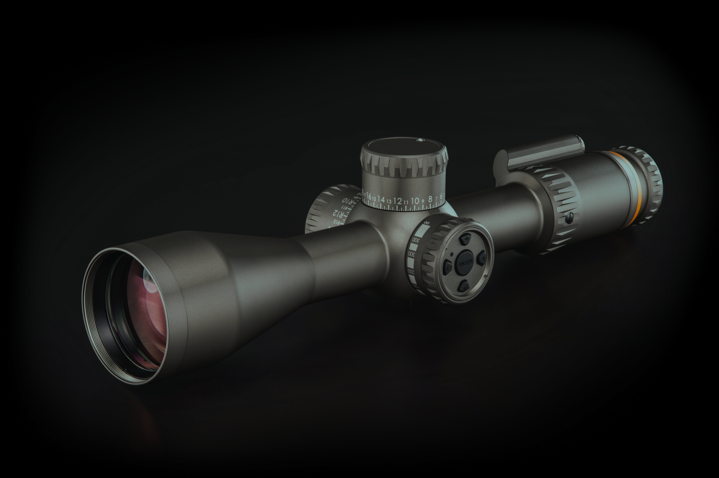 The in-house optics brand at Gunwerks, the Wyoming-based long-range shooting school and gun manufacturer, the Revic PMR was part of last year’s “smart” riflescope revolution. The unit features an elaborate digital display in the viewfinder of the scope that informs the shooters about temperature, elevation, compass direction, custom ballistic dope, and scope canting. But the most remarkable detail is the elevation turret, which turns mechanically but displays elevation/distance in a digital readout. Shooters simply range the distance to their target, turn the elevation knob until the same distance is displayed in the viewfinder, hold for wind, and shoot. This year, the flagship PMR 428 has a new MOA-based reticle called the RX1 MOA, in the hopes that the configuration appeals to hunters as much as the RX1 MIL appealed to competition target shooters. Cost is $2,850 direct from the manufacturer. www.revicoptics.com

This Arizona-based optics company burst onto the scene last year with a number of AR-configured scopes and a pair of second-plane hunting units. This year it is betting that precision shooters are still hungry for big, 34mm, tactical-styled scopes. The Mod 7 features a Christmas-tree illuminated reticle in the first focal plane, zero stops on the exposed turrets, a wide magnification range, and HD/ED glass. It retails for $1,470. www.ritonoptics.com 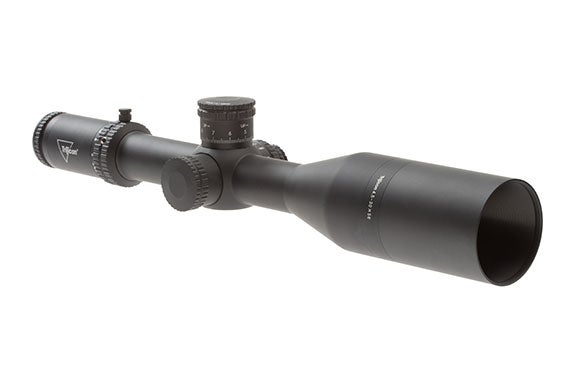 Not precisely new for 2019, this line of precision scopes was introduced in the second half of 2018 and feature a number of configurations, from carbine-ready 1-4×24 up to a Hubble-telescope of an optic, the high-mag 5-50×56. A more versatile magnification range is the 4.5-30×56, which is powerful enough for long-distance targets but can be backed down to reduce mirage and exit-pupil contraction. Most AccuPower scopes have a choice of first- or second-plane reticles, are built on 34mm tubes, and feature MOA controls. For the 4.5-30×56, I like the illuminated floating MOA crosshair in the second focal plane. Retail is $2,600 for the second-plane scope, or $2,675 for the first-plane configuration. www.trijicon.com

Read Next: The Best new Guns and Hunting Gear From SHOT Show 2019 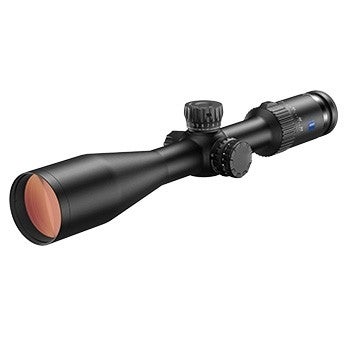 Following last year, when Zeiss more or less gave up promoting its budget brand, Terra, it wasn’t much of a surprise to learn that the German company is scrapping the Asia-sourced line of optics altogether. One outcome is a renewed commitment to the Conquest line, which has long been synonymous with both quality and fair prices. The Conquest V4 line is expanding, with hunting-oriented configurations. This 6-24×50 is the best example of good glass, durable construction, and a variety of second-plane reticle choices. With the ZBR-1 BDC reticle with MOA references, this high-mag configuration should retail for around $1,100. www.zeiss.com