Remember the old days, when a riflescope was an accessory to a rifle, an aiming device that was interchangeable between guns? You can still buy those basic scopes with duplex reticles in the second optical plane. But if submissions to this year’s riflescope test are any indication, those simple optics are being displaced by task-specific scopes that have sophisticated—and sometimes caliber-specific—reticles optimized for defined shooting challenges and dedicated rifles.

This trend toward specialization has been building for some time. But we’ve never seen more scopes with first-plane reticles and aiming systems (which we define as the interplay of turrets and reticle) designed for long-range shooting as we saw in this year’s Outdoor Life Optics Test. These are serious precision instruments, and they’re often seriously big hunks of glass and metal. Four scopes in this year’s test are built on 34mm tubes, and their average weight of 2 ½ pounds makes them a poor choice for a walkabout rifle.

Luckily, there’s a riflescope for every shooter in this year’s test—high-priced precision scopes alongside inexpensive 1-inch riflescopes. You’ll find a few with attributes to appeal to long-range shooters, but with the versatility to be useful in a wide range of shooting situations. 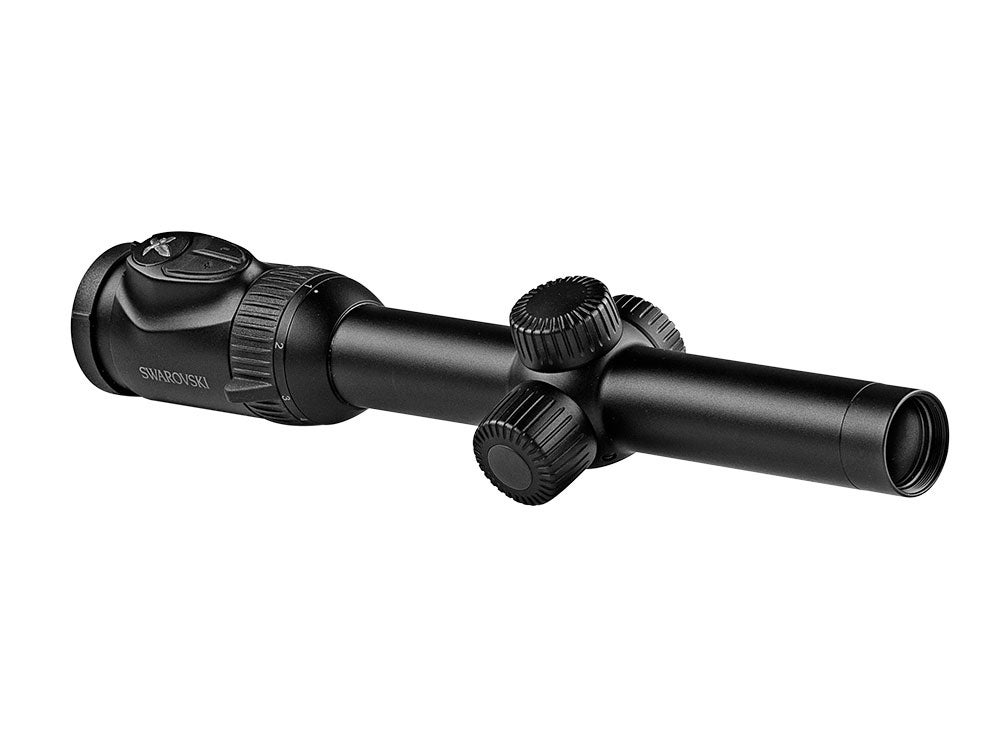 Because of its configuration, ultra-bright glass, and smart illumination, this scope would be a top pick for a dangerous-game optic. But there’s a surprising amount of precision work that can be done with the second-plane 4A-IF reticle inside the 30mm tube of this 1–8X beauty. At 8X, the center-dot aiming point and outer ring can be used to calculate holdovers out to several hundred yards. The eyepiece illumination module gives shooters the choice of two intensity settings and infinite brightness adjustability. The glass is up to Swarovski standards: The Z8i tied for the best resolution score.
Score: 84.9
Price: $2,610
Contact: swarovskioptik.com 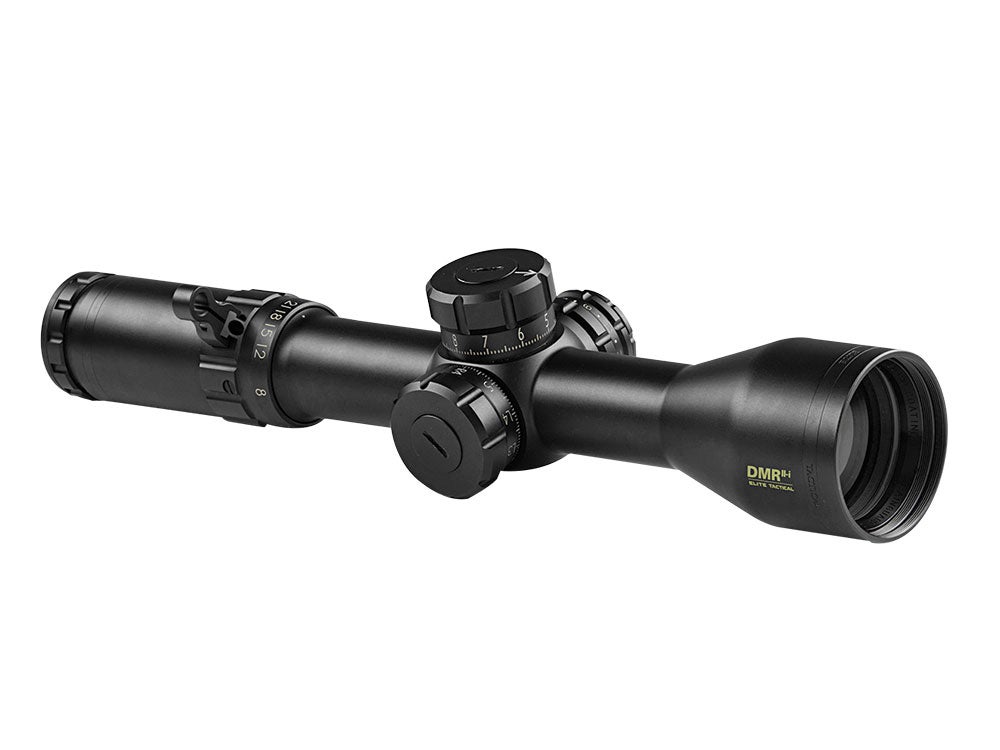 The first thing you’ll notice about the latest version of Bushnell’s battle-­hardened tactical optic is its length. At only 13 inches, it easily fits on almost any AR or carbine. Next you’ll notice the platter-sized controls­—the elevation turret measures a whopping 1 ½ inches across, and its eyepiece is almost a quarter of its length. The large controls and magnification-control lever make manipulating the scope a cinch, even with heavy gloves on. Look through the 34mm tube at any power and you’ll appreciate the precise and uncluttered references of the illuminated G3 milling reticle.
Score: 84.5
Price: $1,600
Contact: bushnell.com 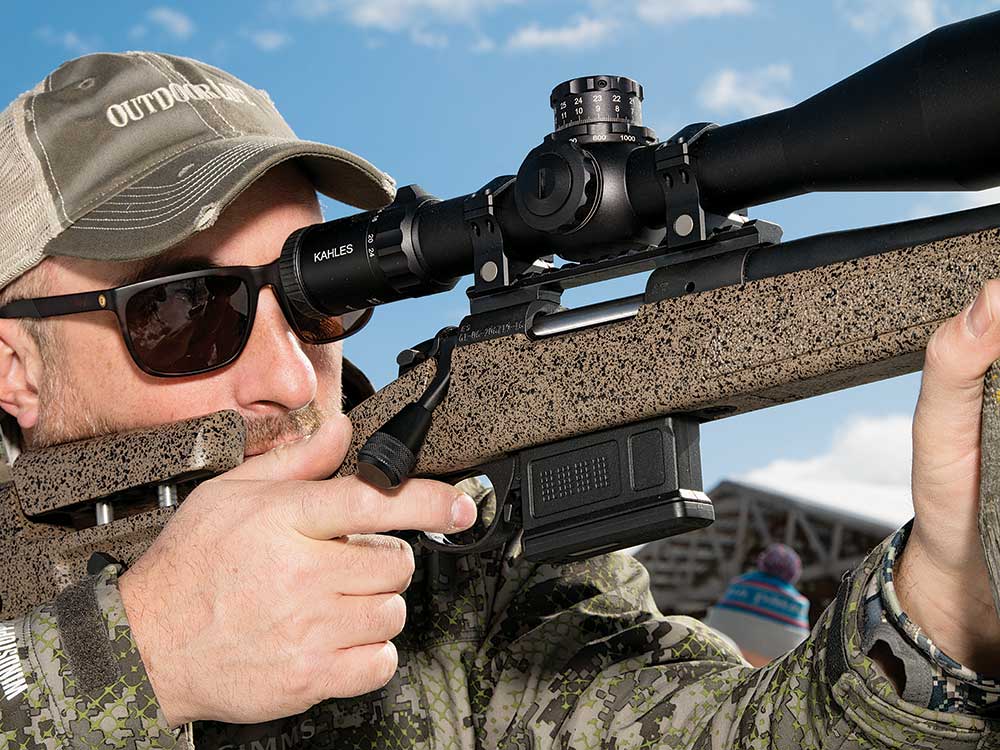 Kahles is the oldest riflescope maker on the planet, but there is nothing backward-looking about the Austrian company’s bright, tight, innovative precision scope. In a field that includes scopes with layered-on features that increase the price without adding much performance, Kahles’s 624i stands out, with thoughtful attributes that make it one of the most shooter-friendly scopes on the market and the consensus pick for our Editor’s Choice award. It would have been tempting for Kahles to chase the magnification rabbit, offering this scope in 30X or even 36X. But because increases in magnification have a cost—in narrowing fields of view, an inability to keep the target in view under recoil, and in image distortion from heat waves—­serious precision shooters prefer their top-end magnification at 24X or 25X. Kahles serves this market with a useful magnification range behind a 56mm objective lens that can be mounted low on a rifle but has ample mounting latitude along its 34mm tube. 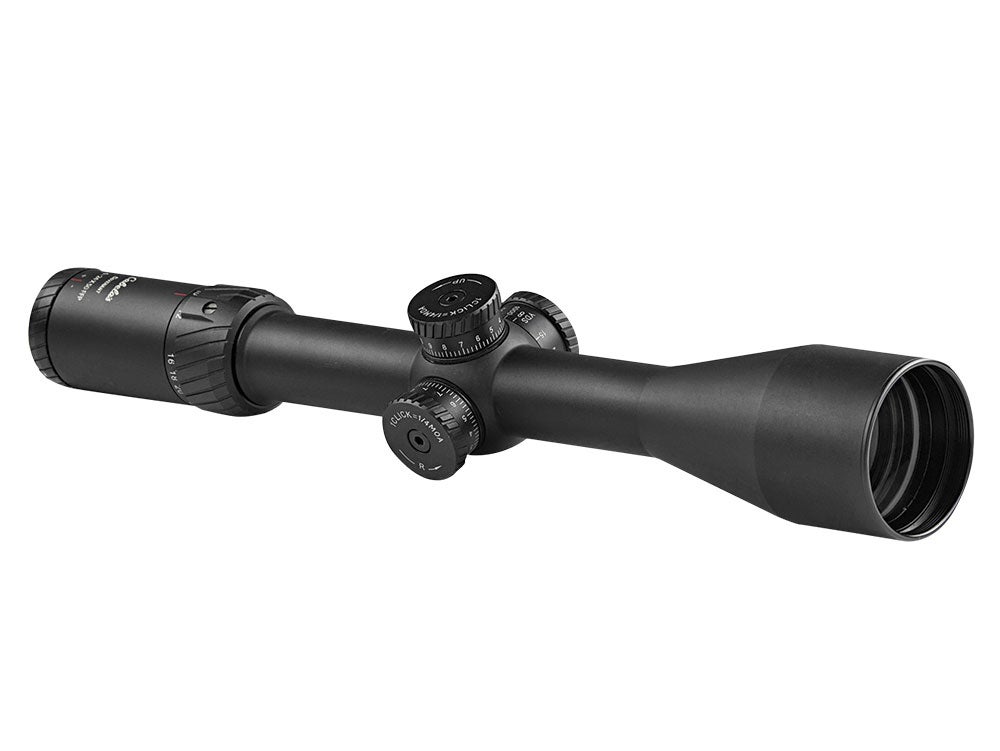 I have no idea what sort of witchcraft the optics buyers at Cabela’s are practicing, but there’s no rational way to explain how they are able to pack so many features into this first-plane scope at such a rock-bottom price. For $300, you get a serviceable optic based on MOA adjustments, a resettable turret, and a side focus built on a 30mm tube that has ample room for mounting. We wish the non-­illuminated TAC32 reticle had a few more references, and that the optics were better—the Covenant’s resolution score was on the low end of the 18-scope field—and we worry about the durability of the exposed turrets. But for a scope that can serve capably on a precision rifle or a hunting gun, this is one of the most insane deals we’ve seen in a long time, and it’s hugely deserving of our Great Buy award.
Score: 76.8
Price: $300
Contact: cabelas.com 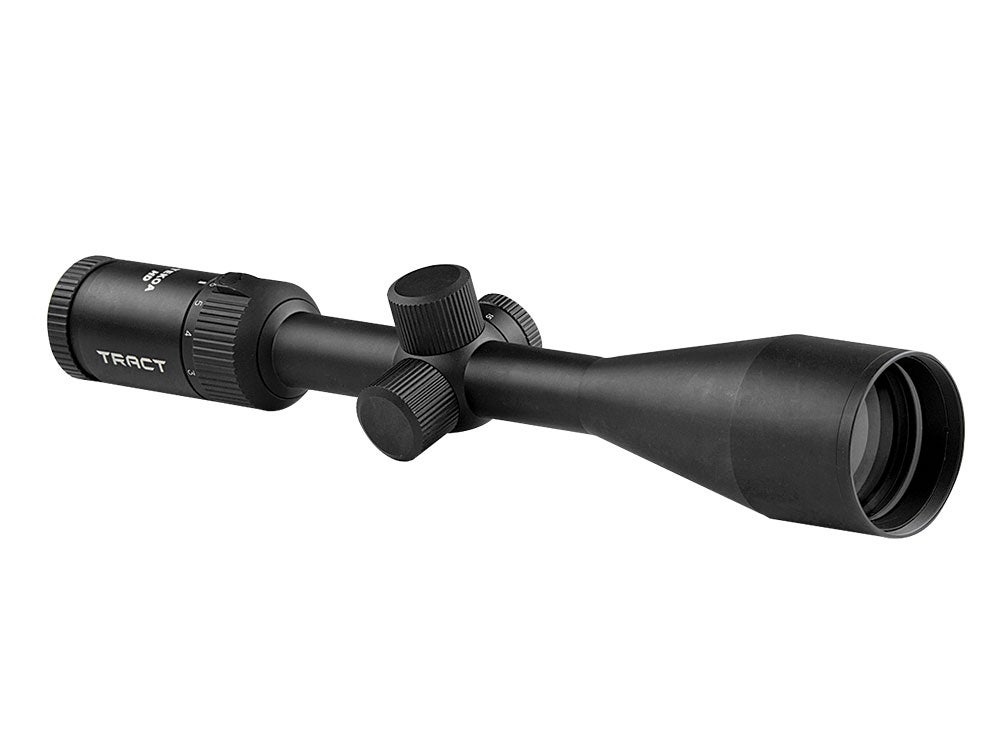 There’s nothing particularly new about this tight, bright scope built on a 1-inch tube and featuring a BDC reticle in the second plane. But the quality of the construction is remarkable, especially considering the price. Tract stormed the optics world last year with products that are sold online and shipped directly to customers. The sophomore Tekoa features premium Schott glass, crisp turrets, a pull-to-turn focus control, and a simple BDC reticle—with smart holdoff marks for windage adjustments—that can be tuned to any load at any magnification when it’s used withTract’s online ballistics program.
Score: 78.4
Price: $594
Buy It Now! 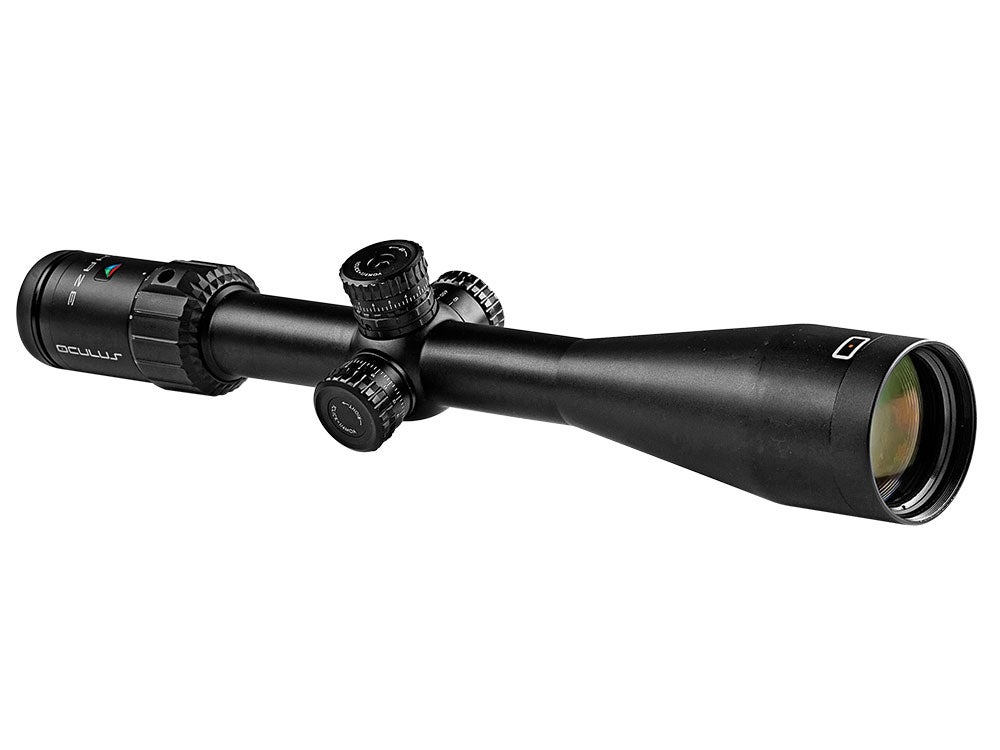 To find a first-plane precision scope for under $1,000 is a rarity. This stylish optic delivers a ton of features for half that price. The MOA-based aiming system is solid, though precision shooters may gripe that the reticle doesn’t have enough ranging references. Other dings: The exposed turret dials are a little mushy, and the ED glass was optically disappointing. But the Phaze has a useful (if complicated) locking zero-reset feature, the mounting dimensions of the 30mm tube are generous, and the first-plane configuration is suited to cross over from precision-shooting games to most hunting scenarios.
Score: 66.6
Price: $500
Contact: oculusoptics.com
Andrew McKean