We interrupt the Big Buck Zone to bring you this photo and story about this giant black bear apparently killed... 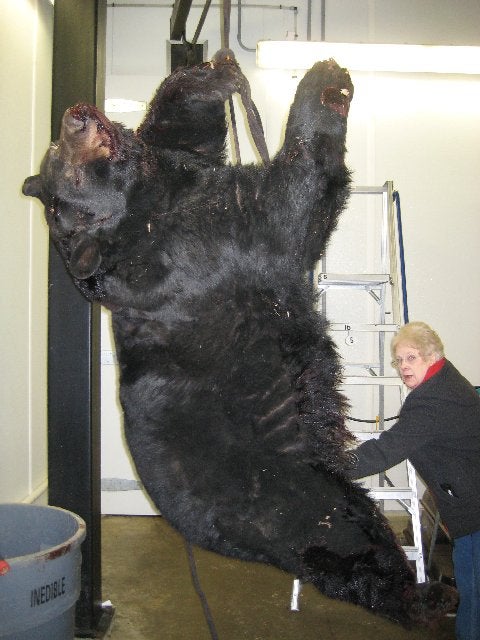 We interrupt the Big Buck Zone to bring you this photo and story about this giant black bear apparently killed by a combine last December in Dunn County, Wisconsin. Because we receive dozens of photos and e-mails that are, well, a bit dubious, we wondered about this one as well. However, a quick backround check indicates that although the photo might well have been taken from an odd angle, the story is indeed very true.

According to the Dunn County News, Neil Schlough was harvesting corn in one of his fields when his combine ran over the bruin, which was denning in the field. At first, Schlough thought he’d run over one of his dairy cows, but soon realized it was a bear–a very large bear.

The Wisconsin DNR was called in and estimated its weight at 700 to 720 pounds and might potentially be larger than the state record. Schlough was planning a full-body mount, but taxidermists will have to use a grizzly bear form to mount the huge bruin.–Gerry Bethge