Like most other hunters, monster whitetails have always fascinated me with their gargantuan sized racks and secretive lifestyle. Top-heavy bucks... 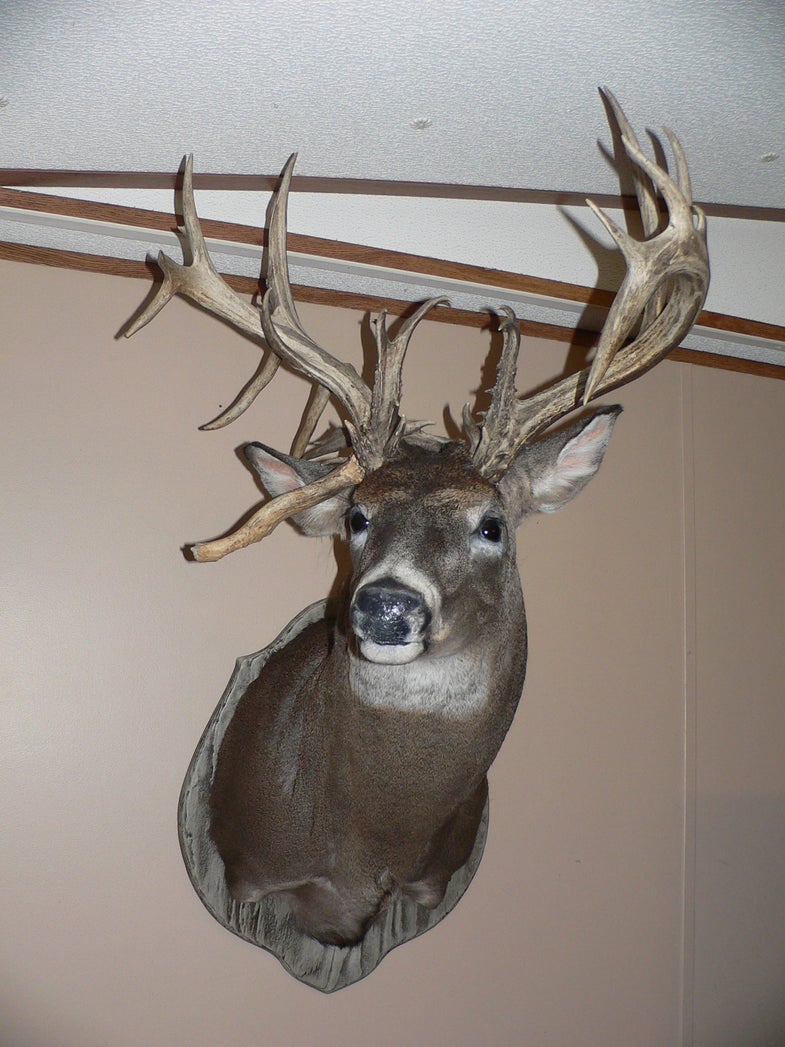 Like most other hunters, monster whitetails have always fascinated me with their gargantuan sized racks and secretive lifestyle. Top-heavy bucks that have lived long enough to grow some serious headgear are really a separate breed of deer. You can bet the farm that a buck with a rocking chair fitted on its head knows how to move through the woods like a ghostly shadow. In my opinion, after years of escaping intense hunting pressure, a lot of Boone & Crockett caliber bucks probably end up dying of old age. Unfortunately, some of these legendary bruisers never get tagged by a lucky hunter, but are found dead from rut-related injuries, vehicle collisions or disease. Last September, Ricky Weatherford stumbled upon a buck that will probably be haunting his dreams for the rest of his life.

At the end of September, Weatherford was on an early-season hunt in Christian County Kentucky. While easing along an old field edge, the hunter spotted the white glowing tips of a whitetail rack just above the high grass and overgrown weeds. At first glance, the hunter thought he had discovered a giant shed from last spring and immediately starting thinking about where to hang a treestand. However, when Weatherford parted the weeds, he made a shocking discovery. It was the biggest rack he had ever seen, but his heart plummeted when he realized the rack was still attached to the buck’s skull. Amazingly, the buck sported 34 scorable points with multiple drop-tines and unbelievable mass. This legendary whitetail would end up scoring 221 2/8, which is a depressing thought for any deer hunter.

The actual cause of death was undetermined, but the buck was found near water and many feel this amazing deer had fell victim to the notorious Blue Tongue disease. In recent years, there have been several outbreaks of this heartbreaking disease across several states like Kentucky. It’s a crying shame that a buck of this caliber won’t be making rubs on trees the size of telephone poles or chasing and breeding does throughout the November rut next season. On the bright side, the buck has probably left behind some good genetics on this farm in Christian County for years to come. Consequently, Weatherford has already been offered $5,000 for the buck’s rack, but he just couldn’t let it go for that price.