The Bolt On Buck

Attention Darwin Awards committee: We have a new nominee! The Vermont State Attorney’s Office has released court records documenting the... 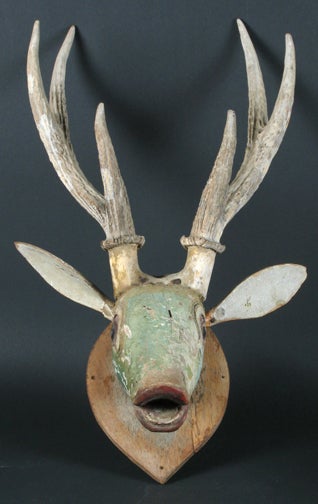 Attention Darwin Awards committee: We have a new nominee! The Vermont State Attorney’s Office has released court records documenting the state’s case against 19-year-old Marcel Fournier of Concord who was sentenced to 10 days in jail and fined $400 for using lag bolts to attach antlers to an illegally killed doe in an attempt to pass it off as a legal buck kill. Fournier reportedly shot a doe on the evening of November 22 and, later that night, checked in a racked deer at a local deer check station.

Apparently, Fournier’s handiwork (he is an amateur taxidermist) with epoxy and bolts, fooled a few people initially, but an anonymous caller turned in the game violator. (Rack not shown here.)

“It didn’t look that good,” Warden David Gregory told the Burlington Free Press. “When you grabbed them (the antlers), you’d feel movement.”

Fournier will lose the privilege of obtaining a Vermont hunting, fishing or trapping license for at least three years–not to mention a bunch of taxidermy clients.