Traditionally, hunting has served as a foundation for building strong relationships between fathers and sons. Some of my best childhood... 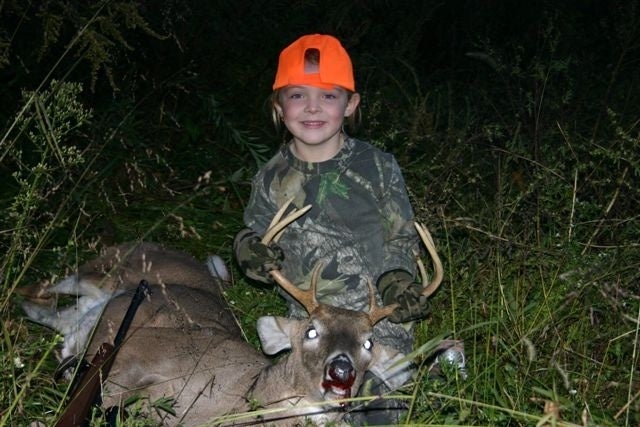 Traditionally, hunting has served as a foundation for building strong relationships between fathers and sons. Some of my best childhood memories are from the times I spent in the woods with my father and grandfather. Without hunting, most of us probably wouldn’t be the people we are today, which is a simple truth that those who believe in Disney’s version of nature will always have a hard time understanding. This is why it’s so important to pass on the hunting tradition to all of our children and that definitely should not exclude the girls.

Just ask longtime deer hunter Mike Abbot about how hunting has helped strengthen his father and daughter relationship. Abbot’s daughter Lillie is absolutely crazy about hunting and was able to take a nice 8-point buck when she was only 7-years old. The Abbot family lives an outdoor lifestyle that has helped keep them extremely close. Mike will be the first to tell you that his daughter’s successful deer hunt meant a great deal more to him personally than any of the bucks he had ever taken. I strongly believe that taking a child hunting today will prevent you from hunting your child down tomorrow.

All of us at the BBZ would like to congratulate Lillie on her first buck and thank Mike Abbot for taking the time to introduce a new young lady to the tradition of hunting. Remember, don’t forget your daughters this season, because daddy’s little hunting partner doesn’t always have to be a boy.