Outdoor legend Bill Jordan who founded Realtree Camouflage lives by a simple southern philosophy that anyone who has ever climbed... 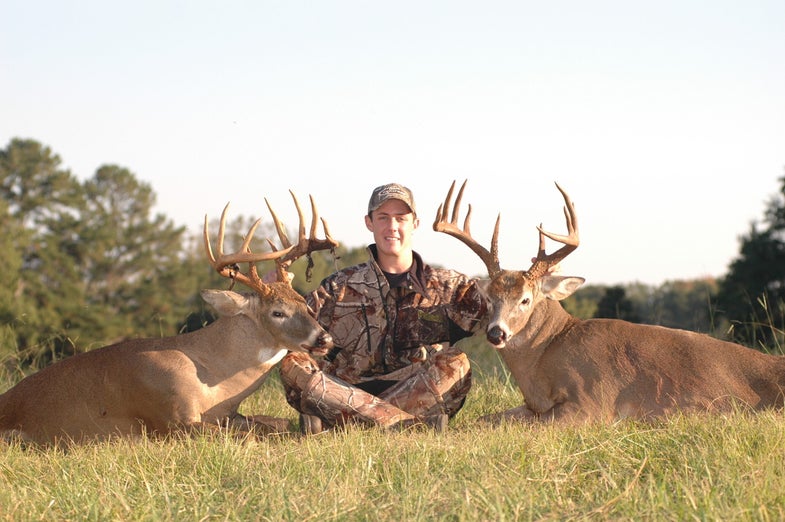 Outdoor legend Bill Jordan who founded Realtree Camouflage lives by a simple southern philosophy that anyone who has ever climbed into a treestand on a cool October morning can understand. “Family, friends and the outdoors” has always been the motto of the folks at Realtree and you can bet your bottom dollar that the Jordan family follows this saying right down to the letter. In fact, over the years, you have probably watched Bill’s young son Tyler Jordan grow up in front of the Realtree cameras. I can even remember watching Tyler knock down his very first buck with his father on a very special hunt that had to touch the hearts of every true deer hunter. Seeing the excitement in Tyler’s eyes and the proud look on Bill’s face reminded me of my first deer hunt with my own dad and grandpa.

I didn’t really understand it back then, but now as a father it’s easy to see why sharing the outdoors with your family is so important. Bill will be the first to tell you that there is no feeling out there that can compare with watching your child develop a true love for the outdoors. There is no doubt that Bill has successfully passed his passion and respect for hunting down to his son. In recent years, Tyler has become a phenomenal hunter who knows exactly how to make things happen in the woods. Last season, this country boy from Georgia was able to drop the hammer on two super stud bucks from the same stand on back to back hunts. The first heavy-racked bruiser was packing around enough headgear to score 165 and the second buck barely missed 160 inches. This was definitely one opening weekend of the Georgia gun season that neither Tyler nor Bill will ever forget. Both of these hunts can be seen on Realtree Outdoors and the Monster Bucks 17 DVD this fall.

As a father, Bill was actually more excited about his son’s unbelievable success that weekend than any hunt he had personally been on during his own life. On a side note, both of Tyler’s bucks last season were massive 11-pointers that scored right at and well above the 160-class range. However, what’s even more impressive is that he also connected with a huge 168-class buck the season before from the same stand. I think Tyler Jordan knew exactly what he was doing the day he decided to hang a stand in that tree. It’s doubtful that anyone will be able to talk this young hunter into switching locations this fall in Georgia. Congratulations, Tyler on an outstanding season and an impressive streak of 160-class bucks. You probably need to give your old man a big hug and thank him for passing on a true passion that will last a lifetime.