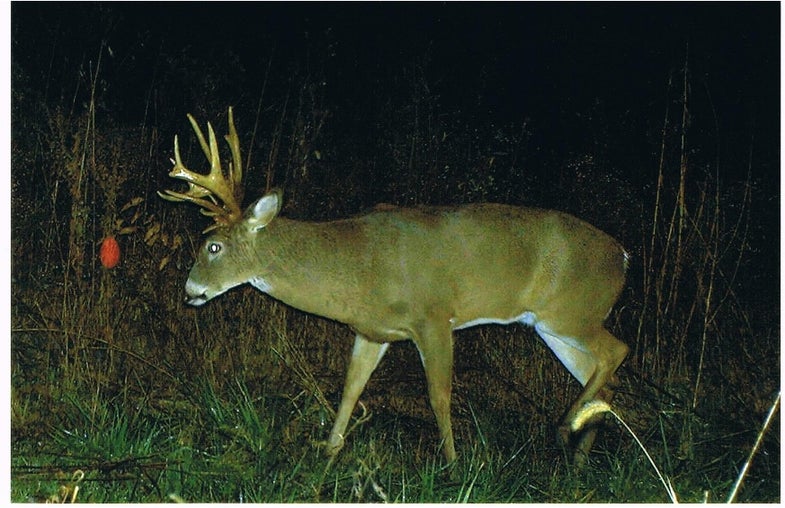 Miranda White is one hardcore whitetail fanatic who definitely takes her deer hunting seriously. Last fall, White was six months pregnant when the Missouri gun season opened, but her husband Joe was out of town on business. However, she was not going to allow swelled feet, a cramping back or an absent spouse knock her out of punching a tag. She decided to throw on some camo, grab her 30.06 rifle, fire-up the old pickup truck and drive straight to her grandmother’s farm. After hearing this part of the story, I suddenly realized that Miranda’s husband Joe had really hit the jackpot when he put a ring on this country girl’s finger. Let’s face it; all of us know a lot of blowhard guys in our own hometowns that don’t exhibit that kind of dedication in the deer woods.

A few hours before dark, White parked her truck and slowly started working her way down the wood-line toward one of her favorite hunting spots. Unfortunately, she was unable to climb into her treestand, but she improvised by setting up an old foldout lawn chair on the edge of a clearing. From this vantage point, she could clearly see a narrow bottleneck of woods that connected a bedding area with a heavily used food source. Just as the sun began to fade, White suddenly picked up some movement across the field that kicked her heart rate into overdrive. Two large-bodied deer stepped out of the timber, but quickly vanished into a low-lying draw. Without hesitation, she carefully crawled across the narrow field in a desperate attempt to regain sight of the deer.

As White eased into position, she began to see the tips of antlers through her scope. Both of the deer were definitely bucks, but the one in the back was noticeably larger than the other. A long deep breath followed by the gentle squeeze of her trigger placed one monster Missouri buck on the ground. Consequently, the sudden rush of excitement caused poor Miranda to start having contractions and she had to leave her trophy buck in the field. However, White’s father was able to recover his pregnant daughter’s deer later that night and you can bet that he was one proud poppa. On a side note, Miranda’s buck had broken off one of its main beams, but the giant still had 14- points. Later that season, a neighboring property owner gave the White family a trail cam photo of the same deer before it had busted up its rack. Either way this is one heck of a buck and a phenomenal story.