Without question, one of my favorite bucks of all time never made the record books or the cover of a... 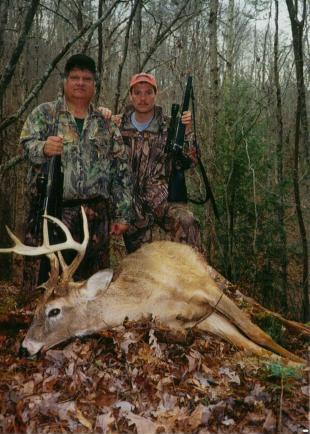 Without question, one of my favorite bucks of all time never made the record books or the cover of a magazine. It was just an above average deer that came at the absolute perfect time. After a life filled with pressure, deadlines, commitments and long hours at work it finally happened. The man who had always been there for me through all of the basketball games, difficult teenage years and my first heartbreak suddenly didn’t seem invincible anymore. My childhood hero that had taught me how to cast a baitcasting reel, read deer sign and shoot a rifle was suddenly hit with a massive heart attack. The memories of those cool fall morning squirrel hunts, gobbling spring longbeards and that first buck we took together are what kept me from completely breaking down. I began to wonder if the past hunting and fishing trips we shared together were going to be the last.

Quickly, I pulled myself together and entered the hospital room where my Dad laid helplessly in the bed. Despite my best efforts, he could see the look of despair on my face and tried to comfort me in his weak condition. A straining chuckle broke the awkward silence and he told me something that completely tore me up inside. “I guess my streak will finally come to an end this year,” he said in a depressed voice. It was late October and he had not taken a buck yet that year. My Dad had tagged a buck every single season since he had started hunting and things were looking pretty bleak at this point. The doctor said it would probably be months before he would be back on his feet again and the November gun season was definitely out of the question. By the time December rolled around, he was doing better than expected and I decided that one way or another my old man was going to keep the streak going.

Fortunately, the late gun season in Tennessee had just opened and I took off two days from work to scout for the perfect stand location. Finally, I found an area covered in hot sign that was a short ATV drive from the main road. The following Saturday we hit the woods hard and it felt good to be back on the chase with my Dad once again. I helped him into the stand and slowly walked away to a setup not far from his tree. In the pre-dawn darkness, I asked God to please send one more buck my Dad’s way. About 30 minutes after daylight, my prayers were answered when the loud roar of his .270 rifle echoed across the deep mountain basin. The handheld radio buzzed and my Dad’s voice crackled when he told me how thankful he was to share one more deer season with his son. That 140-class buck never made the record books, but it will always have a special place in our hearts.