In many cases, it’s not a well placed hunter’s bullet or arrow that brings an end to a monster buck’s... 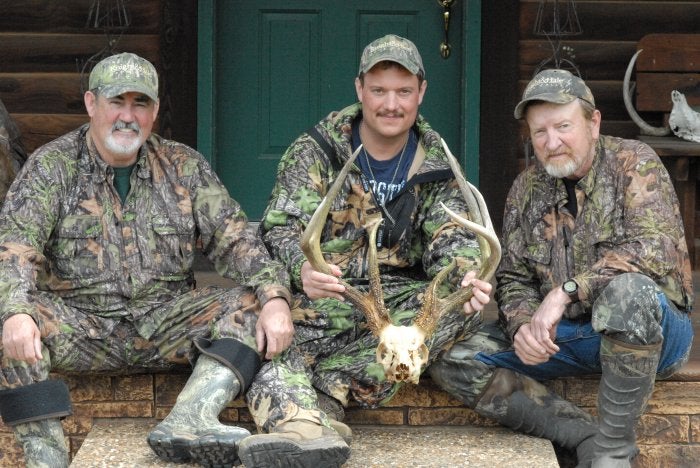 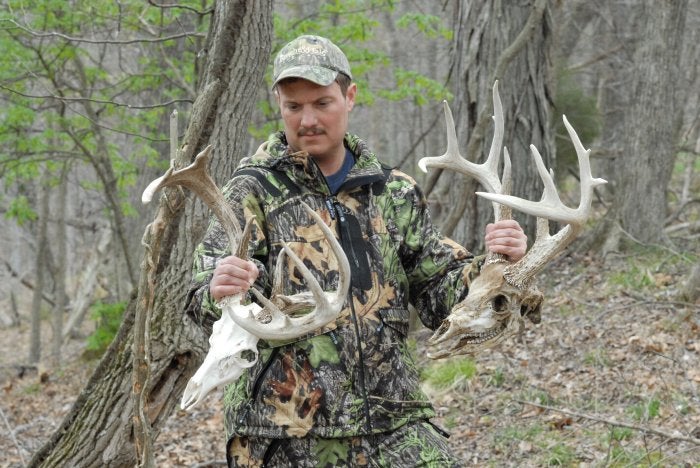 In many cases, it’s not a well placed hunter’s bullet or arrow that brings an end to a monster buck’s life. Nature and life in general can be extremely difficult for whitetail deer, especially for the male species. Consequently, a lot of luck and skill is involved for a buck to reach a mature age before kicking the bucket. Basically, life is really not like Disney’s cartoon “Bambi” or another make believe world that many anti-hunting groups believe is out there. There are actually a lot of things in a whitetail’s living environment that are a lot worse than death by a hunter. In fact, a quick and humane kill from a hunter is a pretty good proposition considering the other alternatives.

For example, during a spring turkey hunt with my good friends Harold Knight and David Hale, we found an amazing buck that had tragically died in his prime last fall. The buck’s rack had unbelievable tine length and mass. It appeared this heavy-racked bruiser had fell victim to the notorious “Blue-Tongue” disease. The boney carcass and rack were found wasting away in the shallow end of a secluded creek. Immediately, we started discussing how many big bucks meet their demise in similar ways. Sadly, many of the buck’s that were leaving behind gigantic sign last year mysteriously vanish for a lot of hunters the following fall. Unfortunately, these bad boys have not moved areas, changed patterns, or switched over to a strict nocturnal schedule.

In reality, natural diseases like blue-tongue, vehicle collisions, starvation and lethal injuries sustained during the rut are responsible for making your buck disappear. As hunters, we all hate hearing about a phenomenal buck being taken out like this, but it’s a fact of life that we all must confront. Finding a monster buck dead along the highway, locked up with another giant in the woods or rotting somewhere in a creek is a common tale that can make you sick to your stomach. As of right now, this makes a total of three trophy-class bucks that I’ve personally seen dead from causes other than hunting. Harold Knight and David Hale have also found several other bruiser bucks dead in their home state of Kentucky during the blue-tongue outbreak a couple of seasons ago. I would like know if any of you have similar stories about this topic? Please post a comment on the BBZ and let us know what you’ve been finding in your hunting area.