A while back the internet was buzzing with pictures of a monster mystery buck making some waves in the whitetail... 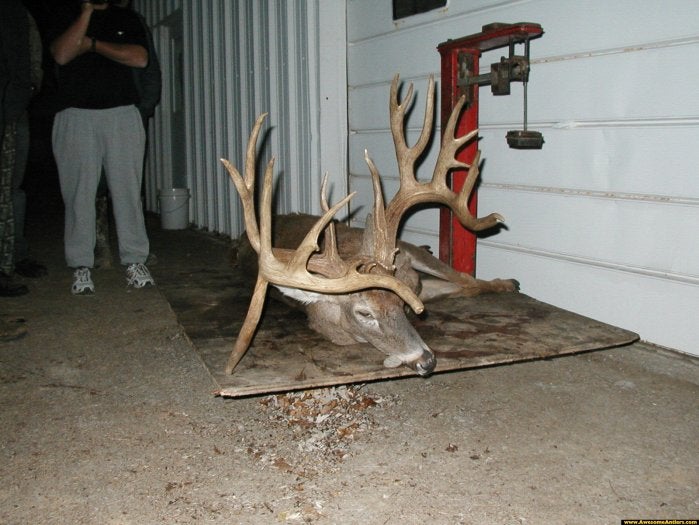 A while back the internet was buzzing with pictures of a monster mystery buck making some waves in the whitetail community. The picture of this gargantuan beast was enough to make a deer hunter’s heart go into cardiac arrest. It seemed there were about a thousand rumors circulating about this unbelievable buck with the super high rack, heavy mass and intimidating drop-tine. A lot of hunters even passed the picture off as nothing more than an internet hoax. Others claimed the buck was actually legit, but it seemed as if nobody knew who had actually shot the deer or what state it was taken from. Some people said an Amish farmer from Ohio had smoked the legendary whitetail on his own property and there were even tales claiming the buck had died of natural causes on a deer farm. Well, there is a little bit of truth hidden in some of these outrageous rumors, but the real story is actually a whole lot better!

There really was a huge non-typical buck taken by an Amish hunter in the Buckeye State of Ohio that same year. However, the thick-racked stud in this picture was tagged by a different Amish hunter from Kentucky during a public-land gun hunt. Dan Miller of Hart County was hunting the Pennyrile State Forest (located in Christian County), which consists of about 17,000 acres of heavily wooded, hilly terrain. About 3 in the afternoon, Miller slowly eased into some thick cover that was dotted with small openings and loaded with white oak acorns. As he rested against a tree, a buck suddenly appeared about 70 yards from his position with its head down.

At first glance, the hunter was unable to determine whether or not the buck met the mandatory 15-inch inside spread requirement that is enforced within the Pennyrile land. Finally, Miller was able to see enough rack to know the buck was definitely legal and he steadied his 7mm rifle for the shot. The loud roar from the Amish hunter’s gun dropped the second largest non-typical buck in the Bluegrass State. This hog-headed whitetail has 18 scoreable points with a 10 7/8 inch drop tine that looks like it almost touches the ground. Miller’s buck green scored just over 250, but the official score now stands at an impressive 246 3/8. The top-heavy brute was mounted by Martin Meredith who still loses his breath when talking about this amazing whitetail. He has mounted over 50 Boone & Crockett bucks in his life, but none of them even comes close to Miller’s Monster! Congratulations Dan on a phenomenal trophy.