Celebrity Deaths And The Outdoors

Starting with the bizarre death of former Kung Fu star David Carradine in Thailand of all places, the Grim Reaper... 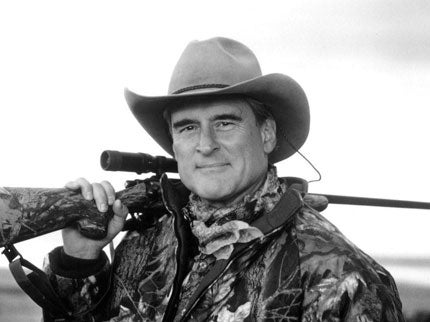 Starting with the bizarre death of former Kung Fu star David Carradine in Thailand of all places, the Grim Reaper seems to have been working overtime among the celebrity ranks in the past weeks. Following Carradine, came pre-eminent sidekick and “Heeeerrrreee’s Johnny!!!” announcer, Ed McMahon who was last publicly seen this year hocking his gold for cash in a Super Bowl commercial.

The sad and lengthy public cancer death of original Charlie’s Angel, Farrah Fawcett, soon followed; and just as the legacy of her dramatic acting will forever be overshadowed by her 1970s iconic pin-up girl status, so too was her final curtain call by another unexpected celebrity death on the same day–that of pop legend and legendary weird dude, Michael Jackson. The sudden news of his passing shocked the mainstream media into a frenzy of coverage that is wearying even the most ardent of fans to this day and in the meantime shuttled Fawcett’s expected obituary to a page 2 after-thought.

Another shocker (and perhaps the one I’m personally least able to wrap my head around) was the discovery of incomparable pitchman Billy Mays’s lifeloss body just last week. He sold us Oxi-Clean, KaBoom, the Tool Band-It, Zorbeez, Mighty Putty, the Awesome Auger, the Big City Slider Kit and more and made it all seem like something that would truly improve our lives if we would just “BUY NOW.” A pulmonary embolism is thought to be the culprit there. Other celebs leaving us in this two-week flurry include impressionist Fred Travalena, Karl Malden (can you believe he was 97?) and some other lady who was famous in the 40s and 50s but whose name completely escapes me now, probably because I wasn’t around back then.

While none of these people’s passing (and more significantly their lives) are any more significant than the countless random deaths of people in our communities every day, they often feel as if they are for the simple reason that we had heard of these people, we watched them on television shows and movies, we saw them perform and many times we caught them on the news. Their lives, whether we’re a fan or not, become oddly entwined with ours if for no other reason than the saturation of media in our daily routines.

Unfortunately, there is another death that occurred last week that will touch many outdoorsmen much deeper than these others and that is the passing of outdoor show host Paul Newsom. Newsom hosted his own show Paul Newsom’s Great Outdoors TV series for more than 15 years, but to many of us, he was the original face and host of Mossy Oak’s Hunting the Country program when wide scale outdoor television was really getting it’s start.

I only met him one brief time many years ago and he seemed like a nice enough guy. He was an avid hunter who loved deer, turkey and waterfowl hunting. And while I can’t speak as to his true character behind the camera, I know on it, he set the bar for legitimate outdoor television hosts with his good looks and strong-voiced delivery. Like Mays, Newsom was at heart, a pitchman, whose Newsom Productions put him in the role of doing countless TV commercials for local car dealerships throughout his native Oklahoma. I didn’t know this, but he also served on the school board in his hometown of Bixby, Okla. In fact, the school’s Web site has a pretty interesting bio (http://www.bixbyps.org/education/components/scrapbook/default.php?sectiondetailid=6880&timestamp=1233612047&timestamp=1233612092/) of Newsom that shows like most of the people we get to know through television, their lives are much deeper than what they appear on the small screen.