Anyone who has ever been at full-draw in a treestand has experienced the emotional roller coaster ride that comes with... 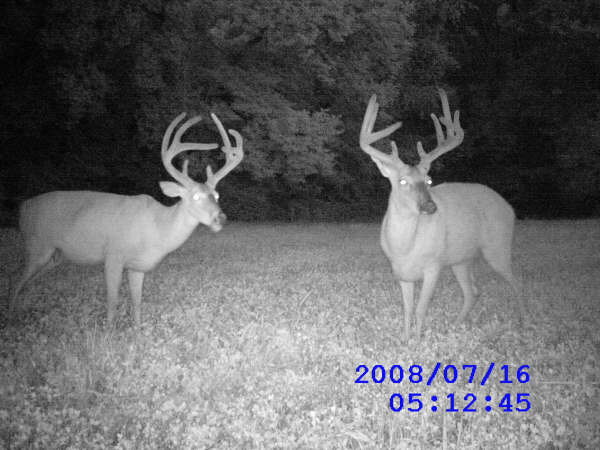 Anyone who has ever been at full-draw in a treestand has experienced the emotional roller coaster ride that comes with bowhunting. In many cases, it’s a game of hard knocks that is often decided by a few yards or even a couple of inches. We have all had one of those heavy-racked giants with pop can bases just a few yards out of bow range. Some of us are probably still being haunted by the one shot that was a couple inches high and barely skimmed the top of a monster’s back. However, there is nothing more painful for a bowhunter than making a bad shot that results in losing a mature trophy-class buck. In most cases, if you hunt long enough, that gut wrenching feeling is going hit you where it really hurts at some point in time. Just ask Jason Harvison of Tennessee how it feels to lose a big buck after spending countless hours in the field pursuing it. Here is Harvison’s tragic bowhunting story and how he plans to redeem himself after a loss that still keeps him up at night.
During the 2008 archery season, Harvison had successfully patterned two nice shooter bucks. For months he had monitored the daily routines of both deer through a network of trail-cameras. Finally, the high-racked 10-point gave him the shot he had been working so hard to get.

Unfortunately, the arrow missed the buck’s vitals by inches, which started a bowhunter’s nightmare that continues to give Harvison painful flashbacks. With a questionable hit, he decided to back out for the night and give the buck some time. A cold blood trail the following day left the hunter spending weeks desperately combing the area for any sign of his buck. It’s amazing how one bad shot can set the tone for the rest of the year and ruin an entire deer season.

For the first time, Harvison couldn’t really enjoy being in a treestand and decided not to hunt during the later segments of the season. He felt there was still a small chance of at least finding the buck’s rack without all of the leafy foliage in the way. However, it never happened and Harvison ended the 2008 season on a horrible note. Luckily, a few weeks ago, the other long-tined 8-point that was pictured the year before with the buck Harvison lost was captured again on his trail-camera. The archery season is still several weeks away, but Harvison is already looking forward to climbing back up the tree and redeeming himself from last year’s painful loss. Jason all of us at the BBZ know what you’ve been going through and we hope that you lay the smack-down on the “Redemption Buck” this season.