Could you let a pretty eight-point buck go to waste? 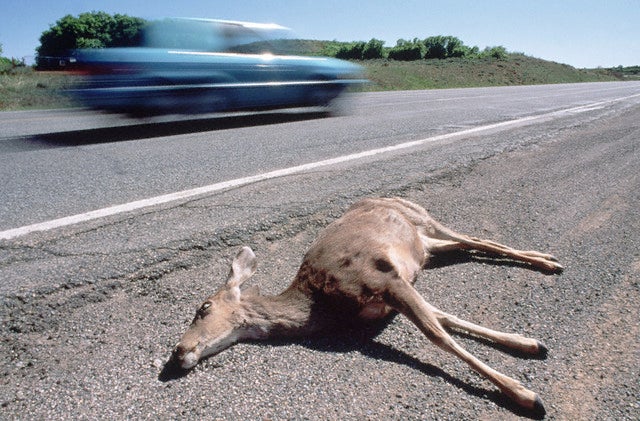 To John Longo, it was meat and a head going to waste. The road-killed buck near his property was a decent 8-point. So he picked it up, ate the meat and got a taxidermist to mount the head. It wasn’t a monster buck, he says, but for southeast Wisconsin, it was good enough.

“I hate to see it go to waste,” he told the Journal-Times. “I was brought up right after the war. If we had potatoes and eggs and a piece of bread we were lucky … I’m not a wasteful person.”

When the DNR learned that Longo had the head, they told him they wanted it. He had failed to get a free possession permit when picking the deer up. Longo refused and the battle went to court in 2008. The judge ordered Longo to give the head up, but also said if the DNR didn’t come by to pick it up before Oct. 31, they should issue him a permit to keep it.

The DNR appealed and won that case. The problem is, Longo claims he threw the head into the local dump sometime between the two court cases.

Now the DNR doesn’t know what to do and to enforce the Court of Appeals ruling or have Longo charged with refusing to obey the court, the District Attorney must decide whether to file charges or not. Longo says he ignored the ruling and the law, because quite simply, “it is a stupid law.”

It does seem stupid, I have to admit, for the agency to spend so much money and resources to go after something the guy would have been allowed to keep anyway for free, but at the same time, I suppose Longo’s defiance of the DNR’s rules proved to be their motivation.

Longo pointed to the fact that so many deer hit by cars are simply left along the road to rot. What’s the sense of that, he wonders. He has a point.

What do you think, should people be forced to secure a permit for something that is going to go to waste anyway along the side of a road? Or are such laws necessary to keep people from poaching deer and claiming them as road killed animals? If you were the judge, how would you have ruled in the case of Wisconsin DNR v. Longo?