Hunting and the Media

The other night one of the top stories on all of my local news stations was a negative incident that... 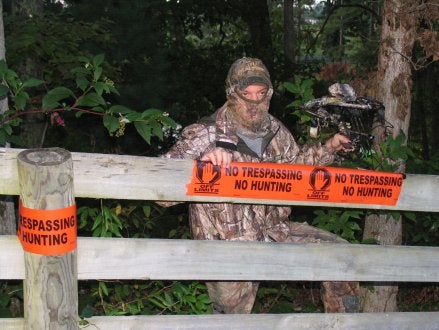 The other night one of the top stories on all of my local news stations was a negative incident that involved a so-called hunter. Apparently, some poacher entered a piece of land and was hunting without permission. The landowner was an elderly woman who immediately confronted the trespasser and was assaulted. Luckily, the poor woman was not injured, but the media absolutely beat the story to death. It’s amazing how quickly the mainstream media will jump on any negative aspect associated with hunting. The guy involved in this incident had no business being portrayed as a hunter. More than likely, he is the type that shoots deer out of season, spotlights from the road and damages private property. However, the media will routinely stereotype all of us by the actions of just a few. In reality, a true hunter despises poachers, probably more than the rest of our society that doesn’t hunt. Sadly, it seems all of the positive aspects of hunting finds a way to slip through the cracks and are never exposed to the rest of the world.

Basically, you never really hear of sportsmen -based programs like “Hunters Feeding The Hungry” or organizations that take sick or dying children on their dream hunt. How about the overwhelming success of the re-introduction stocking programs that ultimately generated healthy populations of wild turkey across our great nation? Just look how good the whitetail deer population is doing throughout the country and how more states are beginning to see Elk once again. In my opinion, the mainstream media has dropped the ball on these remarkable stories. Probably because anti-hunting groups like PETA and their self-righteous celebrity following are not involved with these amazing accomplishments. Hunters are the true conservationists of the world and we are the stewards responsible for ensuring a healthy existence for all wildlife.

With that being said, we have a responsibility to spread the word and truth about hunting to the rest of our society. Non-hunters need to be made aware of all the good that comes from hunting. This can be achieved by simply calling local media outlets to inform them about the positive hunting stories that often go untold. A child’s first deer, hunting group donations, re-introduction stocking programs, conservation efforts, and other good deeds need to be recognized. Petitions or routinely writing the mainstream media to make these outlets aware of the truth can also help the cause. It’s time that our voice is finally heard outside of the traditional outdoor media circles!