Is One Buck Enough?

Some states have been discussing or have already implemented a conservative one buck bag limit during deer season. Without question,... 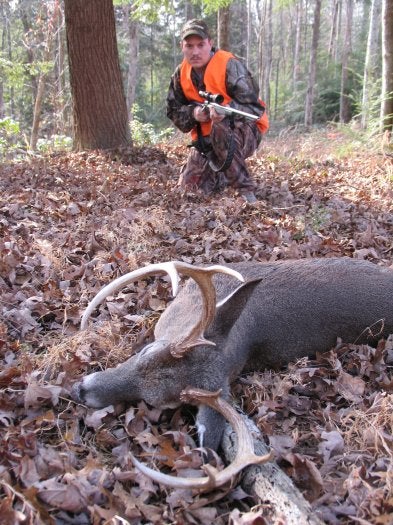 Some states have been discussing or have already implemented a conservative one buck bag limit during deer season. Without question, strict statewide regulations can spark heated arguments among hunters and deer biologists. There are definitely some positive points being voiced from both sides of this controversial issue. Proponents of a single-buck bag limit believe these regulations are the best way to manage and balance deer herds by ensuring a mature age class among the male species. This management plan allows more young bucks to reach their prime and full potential, which will strengthen the gene pool. Most states that are following a one buck bag limit have also taken steps to increase the amount of available doe tags hunters can legally purchase.

In theory, harvesting more does and encouraging hunters to be selective with their single buck tag will create a healthier herd and help balance lopsided female to male ratios. The end result should be a dramatic increase in the overall number of mature trophy-class bruisers and an improved statewide buck to doe ratio. For years, private land owners and ranchers have been utilizing similar management practices to improve the quality of hunting for their clients. Some of these controlled areas consistently produce high numbers of top-heavy mature bucks season after season. In the real world, state wildlife officials have far less control when it comes to selective harvesting. However, supporters of a one-buck bag limit still believe this conservative plan can have an overwhelming impact on a state’s deer management program.

On the other side of the debate, many hunters feel a single-buck harvest plan places too many limitations on deer hunting. They argue that hunters are simply not getting enough bang for their buck! The rising costs of hunting licenses and equipment is rapidly growing out of control. Many believe outrageous hunting expenses and strict regulation limits will ultimately result in far less hunters in the near future. In addition, these hunters argue that the soul and tradition of hunting has been commercialized and tainted by money. Trophy racks, high-dollar leases and expensive deer ranches have replaced the simple pleasures of the outdoors. This traditional group thinks states should be more concerned with creating additional public-land locations and better deer hunting without extra regulations and expenses. What do you think?