Many deer hunters will tell you that luck is definitely a factor in any successful hunt. On the other hand,... 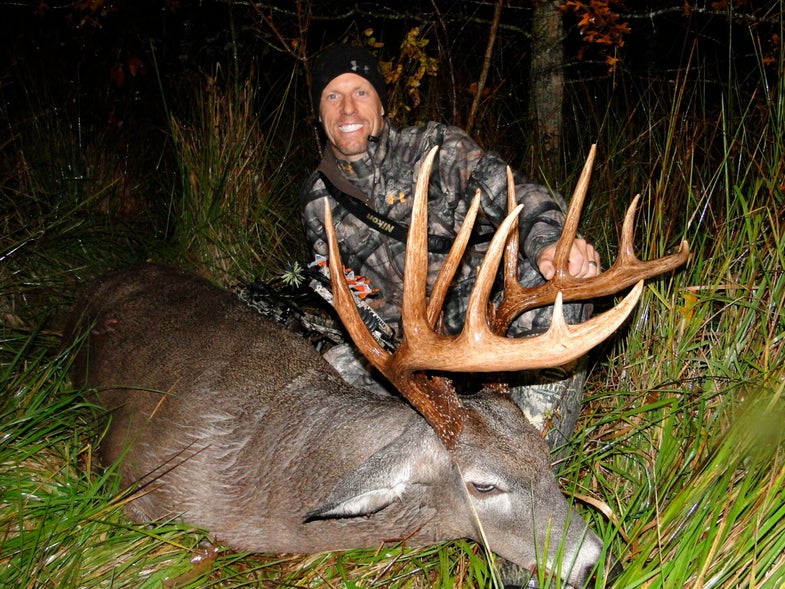 Many deer hunters will tell you that luck is definitely a factor in any successful hunt. On the other hand, the die-hard hunters who consistently tag top-heavy bucks season after season will also tell you that a lot of hard work is involved as well. Everything has to fall into place at just the right time to connect with a mature whitetail. Locating and patterning a bruiser buck is tough enough, but knowing exactly where to hang and when to hunt a particular stand is also a difficult task. Many hunters feel this is where luck enters the equation. However, some hunters like Spook Spann who are dragging giants out the field every season disagree with this theory.

Hardcore whitetail addicts like Spann share several common characteristics. Success for these hunters usually boils down to a lot of time scouting, taking advantage of every opportunity, perseverance, and the ability to adjust or modify their individual hunting strategies to meet any challenge. It’s these characteristics that have enabled Spann to fill a trophy room full of extraordinary whitetails. For example, a few weeks ago, Spann found himself in the rolling hill country of southern Illinois chasing a particular buck he had passed on the year before. During the early summer months, he decided to create a small opening along a tree-line in the middle of a thicket that bordered an agricultural field. A combination of late-summer scouting and trail-cam surveillance allowed the hunter to establish a predictable pattern.

Spann snuck into the area before his hunt and setup some stands in the small clearing he had made earlier in the year. Like clockwork, the long-tined buck walked to within 6 yards of his stand and started quartering away creating the perfect shot. One year of growth had transformed a nice deer into a real jaw dropper. Spann’s 12-point buck will easily score in the 170s and will be a great addition to the countless other trophy-class monsters he has accumulated over the years. Congratulations Spook on another phenomenal bow buck to add to your collection. You’ve got to love it when a lot of hard work and a plan finally come together!