We’ve all seen pictures and even video clips of thick-boned titans trotting around with racks that would probably make Daniel... 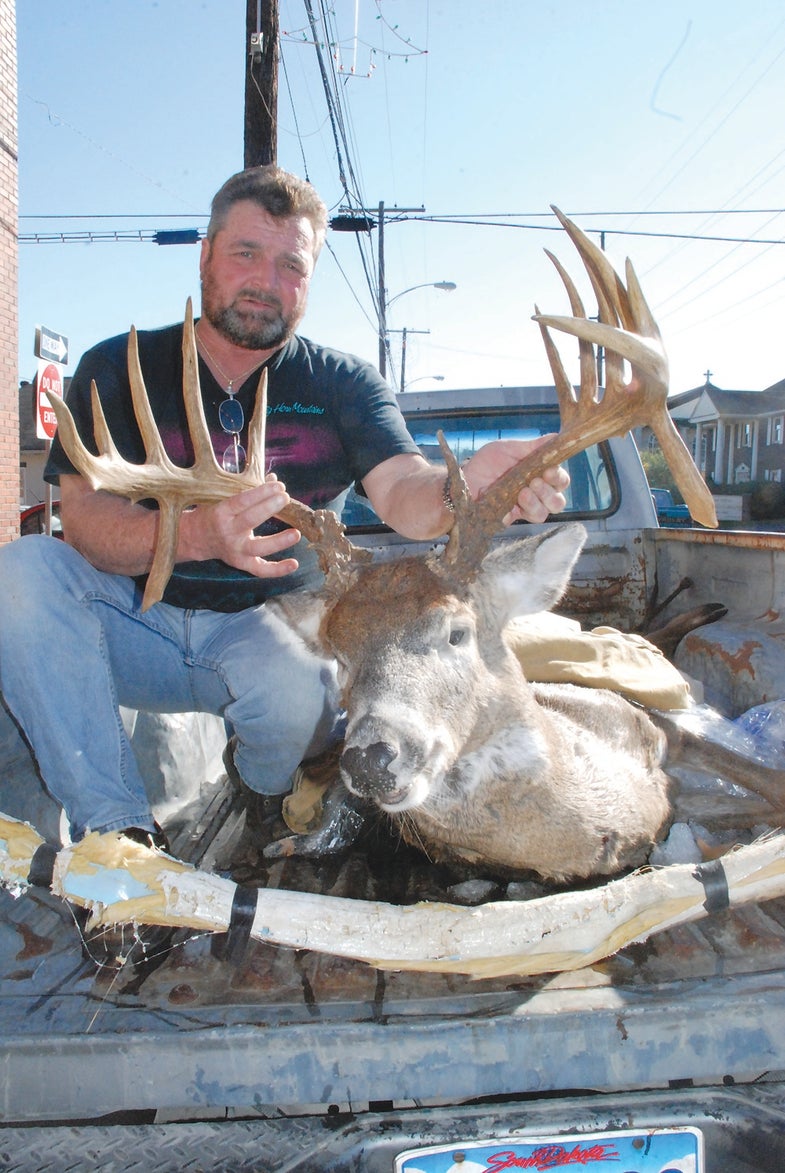 We’ve all seen pictures and even video clips of thick-boned titans trotting around with racks that would probably make Daniel Boone and Davey Crockett go into cardiac arrest. In the real world, many of these top-heavy bruisers live behind high-fences and dollar signs that would make an AIG executive with no government bailout money squirm. However, it’s still possible to tag a heavy-racked monster from public land areas that doesn’t require a month’s salary or expensive guides to hunt. Just ask Lynn Hensley who recently connected with a double drop-tined dream buck that sported 18-points with a 22-inch inside spread.

Let’s face it; a whitetail that survives long enough in the wild to grow pop can thick bases and extra long points is a different breed of animal that commands respect. Hensley completely understood that it would take a lot of work and long hours in the stand to generate a close encounter with a deer of this magnitude. In fact, for three years Hensley hunted the same tract of Daniel Boone National Forest land in southeastern Kentucky. The area primarily consisted of vast stretches of open hardwoods country, rocky cliffs, clear-cut entanglements, and laurel thickets. Who would have thought that an area with no agricultural farmland, manicured food plots, or strict management plans could produce such a phenomenal buck? Nonetheless, Hensley knew the buck was there and that was enough to keep him in the woods throughout three seasons.

Finally, the opportunity he had been waiting on for so long presented itself during the Kentucky rifle season. Hensley had decided to move setups and try an overgrown thicket near an old gravel back road. Just after daylight, the hunter caught a glimpse of movement from a large bodied deer in the middle of the brushy cover. He quickly picked out a narrow opening and patiently waited for the whitetail to enter. You can bet that Hensley’s heart skipped a beat when the buck’s massive rack came into view. Without hesitation, he rested the crosshairs of his scope on the sweet spot and gently squeezed the trigger. The giant 18-point buck hit the ground like a rock and ended three long years of hard work for Hensley.